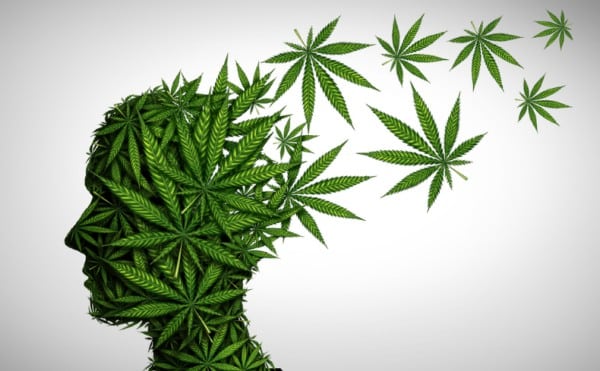 Millions of individuals experience depression around the world, with conventional medicine and big pharma offering little comfort. Many people are using cannabis to treat their illness and get their lives back to normal.
In the US alone, depression affects up to 16 million individuals. Each person will have distinct emotional explanations for their sadness, but from a chemical perspective, the core cause is an endocannabinoid shortage that affects the 5-HT1A receptors and results in low amounts of serotonin. Serotonin deficiency also results in the limbic system shrinking.

The limbic system regulates a range of emotions, including sex desire, fear, pleasure, hunger, and rage. Because they are not just experiencing grief but a general lack of interest in the things that used to make them happy and a loss of enjoyment in life, people with depression frequently describe their feelings as “flat” or plain “blah.”

Pharmaceutical drugs have a reputation for being ineffective occasionally and occasionally doing more harm than good, which only serves to add to the misery. What part does marijuana play in the management of depression? Is it the therapy of the silver lining that so many people seek?

Depression is a highly complex mood disease that comes in many types and degrees of severity. There are many different types of depression, including major depression, dysthymia, bipolar disorder, and seasonal depression. Whatever its form, depression can significantly affect a person’s quality of life and capacity for carrying out daily responsibilities. Some depressed people are unable to feel any joy or pleasure at all, and all of these feelings last for a long time.

According to the World Health Organization, 350 million people worldwide suffer from depression. It impacts individuals of various ages, races, and socioeconomic backgrounds. In spite of the fact that symptoms differ greatly from person to person, they typically involve feelings of helplessness, sluggishness, low self-esteem, guilt, humiliation, and anxiety.

Again, each person will experience these symptoms differently, but it’s usual for patients to feel exhausted and unable to concentrate. They may also have trouble sleeping, eating, remembering things, making decisions, and many will also be irritated and short-tempered.

Depressive can produce risky and reckless conduct, substance misuse, for instance, and life-altering decisions that add stress and worsen depression symptoms. Suicide is the tenth highest cause of death in the United States, according to the Centers for Disease Control and Prevention (CDC), and depression can also result in self-harm and suicidal thoughts and attempts. An estimated 48,000 suicides are reported to the CDC annually, or one every 12 minutes. And the numbers keep increasing with what seems to be no end in sight.

The Benefits of Cannabis

Cannabis has long been used as a complementary treatment for depression. It didn’t start to becoming heavily political and outlawed until the 1900s. In his book The Anatomy of Melancholy, which was published in 1621, English clergyman Robert Burton discusses the use of cannabis as a medication. In India around the same time, medical professionals frequently used cannabis to treat patients’ anxiety and despair. Cannabis is a well-known conventional treatment all around the world.

Because cannabis activate our endocannabinoid systems, it is effective (ECS). All animals, with the exception of insects, have the ECS, which is a network of receptors and the endocannabinoids that bind to them naturally. This explains why cannabinoids have such diverse effects on human health, being able to cure a variety of conditions like epilepsy, physical pain, and depression.

Pharmaceutical antidepressants are known to have alarming side effects, such as nausea, impaired vision, aches and pains, and strangely enough, they can raise the risk of suicidal tendencies in some rare instances. Cannabis is a natural, much safer substitute. Talk about going against logic.

Cannabis is quicker acting, and it contains a number of naturally occurring substances that combine to effectively combat depression. Tetrahydrocannabinol (THC), cannabidiol (CBD), and terpenes, which are present in all plants, not just cannabis, can all be helpful in the treatment of mental health conditions.

This natural medicine “offers patients peace of mind and battles stress by increasing mood, offering energy and focus, alleviating anxiety, generating appetite, and treating insomnia,” according to experts from McGill University in Montreal, Canada, who conducted a study on the topic in 2006. Cannabis users who use it frequently or occasionally experience fewer depression symptoms than non-users.

In the Netherlands, the University Medical Center Utrecht promoted cannabis as a viable alternative to traditional therapies for depression and other mental diseases. Numerous studies have connected modest but frequent cannabis usage to stress reduction and mood stabilisation.

Chronic stress is one of the main causes of depression, according to Samir Haj-Dahmane, a senior research scientist at the University of Buffalo’s Research Institute on Addictions who specialises in the subject. It may be possible to regulate moods and alleviate depression by using cannabis-derived chemicals to restore normal endocannabinoid function.

When to Stop Using Cannabis
It’s crucial to remember that not everyone will benefit from cannabis, and while scientific research suggests that low to moderate dosages can be beneficial, too much THC may have the opposite effect in certain individuals. THC in high dosages can cause panic and anxiety episodes. It may be time to switch to a different strain, perhaps one with a 1:1 CBD:THC ratio, if you experience anxiety or paranoia after smoking because studies have shown that CBD can offset the effects of THC.

A steady schedule may be preferable, but there is also the matter of human error. Evidence suggests that many patients abuse their cannabis, using too much or too little depending on their mood at the time. Patients are also more inclined to switch to medical cannabis from any other conventional medications, even though they might not be ready to make the entire transition just yet.

According to Allan Schwartz, LCSW, PhD, a psychotherapist and licenced clinical social worker in Colorado and New York, “I was, at times, able to get patients to agree to cease using marijuana for a few weeks only so they could assess whether there was or was not a change in mood.” These people admitted that they sensed a genuine increase in their mood and functioning, which shocked them.

“I have personally seen the horror of patients who use marijuana while they are off their bipolar disorder prescriptions and wind up being readmitted to the hospital in worse condition than they were before the relapse,” Schwartz continued. In reality, in my experience, a lot of these poor individuals had several relapses and were stuck in a never-ending cycle of hospitalizations with unstable intervals.

Pharmaceutical Interactions That Could Occur

There has been a small amount of study on cannabis and pharmaceutical antidepressants, but it has been thoroughly reviewed by researchers from the University of Connecticut Health Center’s Division of Child and Adolescent Psychiatry. They described how little the risk is in their report, Psychotropic Medications and Substances of Abuse Interactions in Youth.

Adverse events might be’relatively unusual’ or ‘not happen,’ for example. Furthermore, as a class of pharmaceuticals, “newer psychotropic medications have a reasonably high therapeutic index”—they are less likely to result in negative interactions. Before making any adjustments to their treatment programmes, patients who use antidepressants and cannabis are recommended to “be cautious” and “consult with [their] health provider.”

Cannabis isn’t for everyone, but for the vast majority of people who experience depressive symptoms, it appears to be highly effective. Medical cannabis use is not standardised, therefore the specifics will vary depending on the user’s present state of health, weight, cannabinoid tolerance, and other factors. Before quitting any of your medications, see your doctor or another trusted healthcare professional.