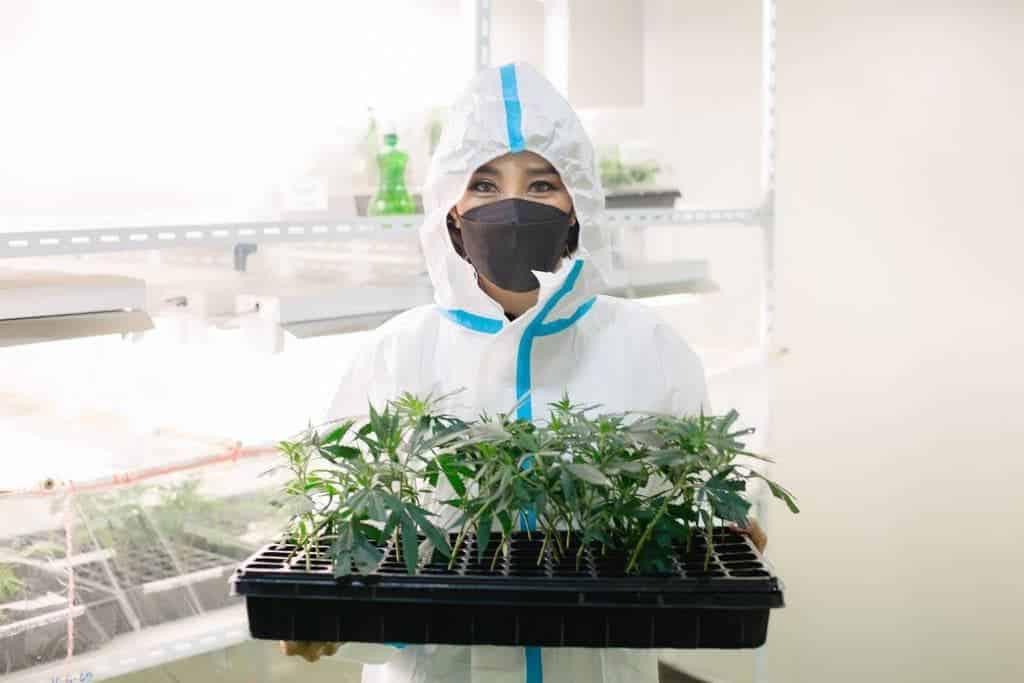 On June 9, Thailand formally delisted hemp and cannabis from Category 5 of its narcotics list.

This implies that these formerly strictly forbidden plants can now be grown at home for use in cooking and medicine.

If you’re in Thailand, you can also consume edibles, drink tea, coffee, or anything else infused with cannabis while smoking in private and taking advantage of its therapeutic and health benefits.

But a permission from the authorities is still required if you want to grow cannabis plants for profit.

But what about a cannabis science degree? That’s a step closer to Thailand being a Southeast Asian cannabis hub.

The Waldo 18 company has teamed with Jongkasem Julakham- Platon, a restaurateur and the proprietor of the Filipino-Thai restaurant Toto Inasal in Bangkok. The business offers commercial supply chains for the production, processing, and distribution of medicinal plants and their byproducts.

The education and research branch of the organization, Waldo Institute of Petchburi, is recognized by Thailand’s Office of the Higher Education Commission (OHEC). Suan Sunandhta Rajabhat University’s Faculty of Science is in charge of overseeing it. The institute offers advice, instruction, cross-breeding research, etc.

The institute offers degrees in cannabis science at the bachelor, master, and PhD levels. They are also creating the Rocher Breed, a brand-new breed. Cannabis breed with a high rate of survival and high resistance. The experimenting of cannabis products with food and drink will also be assisted by Toto Inasal. said Julakham-Platon.

She added that Toto Inasal is Waldo 18’s sole representative for the Philippine market as well as for potential future partnerships with academic institutions or research facilities in the country.

Despite being members of the same cannabis species, hemp and marijuana have differences. Hemp (sativa) grows taller and has feathery leaves, whilst marijuana kinds (indica) are shorter and have thicker leaves.

The chemical components tetrahydrocannabinol (THC) and cannabidiol (CBD) also differ (THC). Marijuana has a greater THC level than hemp, which has less than 0.3% THC. A psychotropic drug, THC. Both include CBD, which is the primary ingredient in leaf oil extracts and is non-psychoactive. Recently, experts and academics asserted that cannabis sativa L. is the only strain and that there actually isn’t much of a difference.

Will ASEAN do likewise?

It’s too soon to say whether other Asean nations will follow Thailand’s example. Cannabis exports will follow if Thailand’s market expands, according to Julakham-Platon.

As a result, there is a higher likelihood that other Asean nations may think about legalizing marijuana in order to compete on the world market. Although they might not be on the first list, Muslim nations including the predominantly Catholic Philippines could be consumers of cannabis byproducts, she added.

Thailand became the first nation in Southeast Asia to allow the use of cannabis for medical purposes in December 2018. On a doctor’s prescription, only state-run hospitals were initially permitted to give cannabis oil (CBD oil) to patients undergoing chemotherapy and suffering from a variety of chronic diseases.

The World Health Organization (WHO) moved cannabis from Schedule 4 to Schedule 1 in January 2019 “in response to evidence that some cannabis-based products have a medicinal value.” The most hazardous substances, including heroin and carfentanil, are listed in Schedule 4. This led to the removal of cannabis from Schedule 4 of the 1961 Single Convention on Narcotic Drugs by the United Nations Commission on Narcotic Drugs (UNODC). But the majority of the region’s nations haven’t thought about it yet.

In various regions of Myanmar, Cambodia, Vietnam, Laos, and the Philippines, cannabis is grown. Southeast Asia has a long history with it. Its exact date of introduction to Thailand and the rest of the region is unknown. Both the Sanskrit and Thai words for marijuana are ganja. It has been used for food, flavoring, fabric, medicine, particularly as a painkiller, and for its hallucinogenic properties.

Small-scale cannabis growers in Vietnam risk a fine of VND2-5 million ($86.16-215.40) and a sentence of six months to seven years in prison.

Cannabis is not legal in Cambodia, yet there are “happy restaurants” serving cuisine that has been infused with the drug.

Cannabis is still not legal in Laos, despite the fact that many Indigenous peoples there produce and consume it as food.

Laos and Cambodia both intend to research the medical potential of cannabis.

Cannabis is still classified as a narcotic drug in Singapore, Malaysia, Indonesia, Brunei, and Indonesia. Criminals risk prison time and, in the worst cases, the death penalty.

Cannabis sales and supplies are prohibited by the government of Myanmar. If found guilty, the perpetrator faces a mandatory minimum of 15 years in jail and an unlimited maximum term. Additionally, they run the chance of receiving the death penalty.

Under Republic Act 9165, often known as the Comprehensive Dangerous Drugs Act of 2002, even tiny amounts of cannabis consumption and possession are penalized in the Philippines by up to ten years in prison and fines of P10 million.

Cannabis legalization in the Philippines, according to Chuck Manansala, president of Masikhay Research, a medical cannabis research facility situated in the country, is currently ruled out of the question.

Since 2014, Manansala and his friends have pushed for the legalization of medical marijuana. He was also a member of the team that wrote the first bill to legalize medical marijuana in the Philippines and submit it to the House of Representatives. The proposed Compassionate Use of Medical Cannabis Act was introduced as House Bill No. 4477 by Isabela Representative Rodolfo Albano III during the 16th Congress. It was re-filed in the 17th Philippine Congress and is now known as House Bill 180.

In 2010, Jheck Alcera battled alcoholism, despair, and insomnia. Because of the stigma and the rules that make its usage illegal, she stated that cannabis “healed” her even though it was done “illegally.”

Alcera connected with other activists in 2017 at the Philippine Cannabis Compassion Society, which was made up of medical professionals, lawyers, and people who shared her condition.

Alcera argued that “no one should be imprisoned because of a plant.”

“Legalizing cannabis has more benefits than drawbacks. Up until the ideology of the war on drugs is neutralized, advocacy groups must spread awareness of the issue and engage in active educational initiatives. According to Manansala, the foundation of these initiatives must be science, human rights, and the idea of body sovereignty.

According to Julakham-Platon, cannabis has long been used in traditional Asian medicine.

“Cannabis has various benefits, from therapeutic to cosmetic uses, and the main drawback is the stigma associated with it. Laws are in place, citizens are knowledgeable, and the government has conducted several studies and risk assessments. There won’t be any problems at all, in my opinion,” stated Julakham-Platon.

One million seedlings would also be distributed statewide in Thailand. The Ministry of Health distributed the first 1,000 seedlings in Buriram province on June 10.

The Cannabis Dispensary, which debuted on June 9, also sells cannabis leaves for people to use (in private). Many cannabis coffee shops in Bangkok and neighboring regions sell edibles, drinks, and oils.

Currently, it is not permitted to transport cannabis or any of its derivatives outside of Thailand, including edibles, cosmetics, and oils.