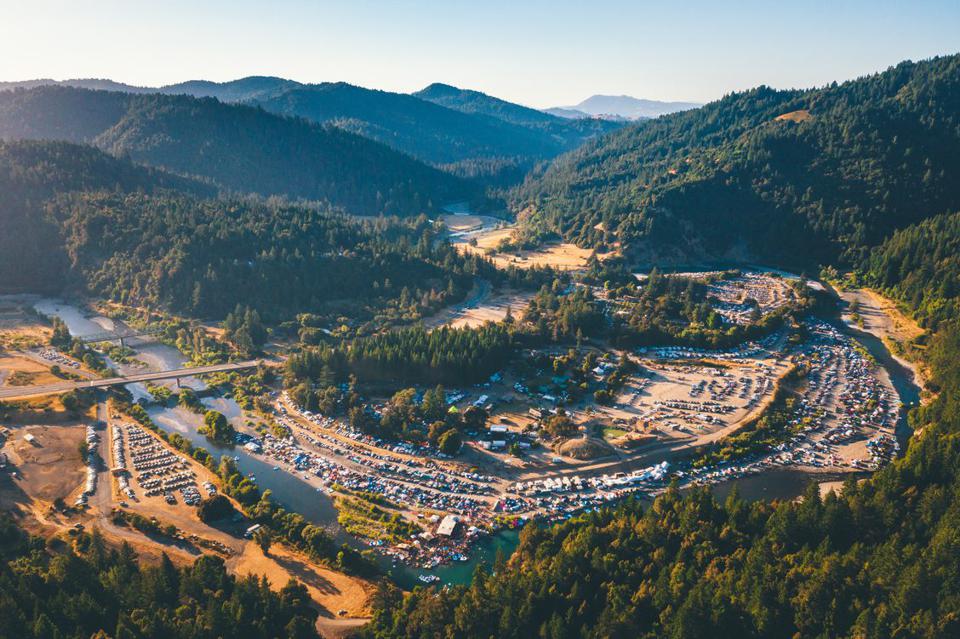 What enigma is concealed by the Redwood curtain?

One of the most distinctive festivals in the nation is the Northern Nights Music Festival. It takes place in a Redwood forest by the Eel River, precisely on the border between the California counties of Humboldt and Mendocino. Claude VonStroke, TroyBoi, SNBRN, CloZee, David Starfire, Elderbrook, Wreckno, Of The Trees, and other artists will perform as the event’s headliners. With as many different musical genres available as cannabis strains, it is a true feast for the senses.

The three-day wellness, artistic, and musical retreat that gave birth to the Emerald Triangle festival includes a spotlight on cannabis businesses. The first event to feature dispensaries next to its stages as well as the first to have more than one functional on-site dispensary is Northern Nights. This has a “grab & go dispensary” idea so you can take your joint to go and smoke it by the river.

According to Andrew Blap, co-founder of Northern Nights, “Cannabis culture and community have always been a part of Humboldt and Mendocino for years.” “Legalization has not proceeded as expected, and the local, legacy farmers are being driven out by hefty taxes, permitting, and licensing fees, and with corporate cannabis pushing down the pricing with oversupply, it’s very difficult to continue growing the best marijuana in the world,”

One of the things that customers may anticipate is floating down a river while listening to music near to a River Stage. In Piercy, California, Northern Nights takes over Cook’s Valley Campground with “glamping” and campsites tucked along the river bed. The largest Redwood grove in the world that allows camping is where the festival is located.

We’re hoping to be able to create an experience where attendees can meet the farmers, smoke the high grade, and fall in love with the vibes of the Emerald Triangle at the Northern Nights Tree Lounge, which features cannabis companies at the Main Stage, River Stage, and Humboldt Farmers Market, says Blap.

In-person interactions with seasoned farmers, according to the founder, will give cannabis users something fresh to look for in their local dispensaries. In his words, “attendees will ask their local budtenders for Humboldt and Mendocino pot when they return to Los Angeles, Sacramento, or The Bay, or maybe hit a cannabis farmers market.”

Emerald Spirit Botanicals’ Joseph Haggard adds, “We are happy to be a part of the OG Tree Lounge Cannabis Market at Northern Nights. “Legacy farmers and Northern Nights are able to advance to a higher degree by cooperating. The OG Tree Lounge will provide a place to unwind, sample award-winning flowers, and gain knowledge from some of California’s top sun-grown producers. I’m particularly looking forward to Saturday and Sunday’s Weed Talks as well as our daily Blaze and Graze.

Heavy-hitting companies from the state, such as CannaCraft, Jetty Extracts, Select, Heritage Mendocino, and Deep Desert “spirited infusions,” or cannabis drinks, will stage dispensary takeovers. This year, Boveda, a company well-known for developing a terpene shield and two-way humidity management, and Hempire, a manufacturer of pure hemp rolling papers, are among the additional auxiliary sponsors.

The first music festival with on-site legal cannabis sales and usage was Northern Nights. As a result, the gathering has developed into a destination for cannabis culture and policy, setting the stage for subsequent cannabis festivals. At Northern Nights in 2019, the first cannabis pop-up ReCreation was sponsored by Humboldt Seed Co. and HumFarms.

The dispensary Sovereign will give customers access to direct-to-consumer prices. Expect a health activation from the marijuana subscription service Lucky Box Club, an activation from The Emerald Cup honoring winners from the most recent Emerald Cup Awards, and a tonic bar from award-winning edible gummy darling Space Gems. This year, Northern Nights introduced another brand-new feature: the VIP Retailer Buyers Program, which extends invitations to top retail buyers from all throughout California. As of the writing of this article, tickets are still available.