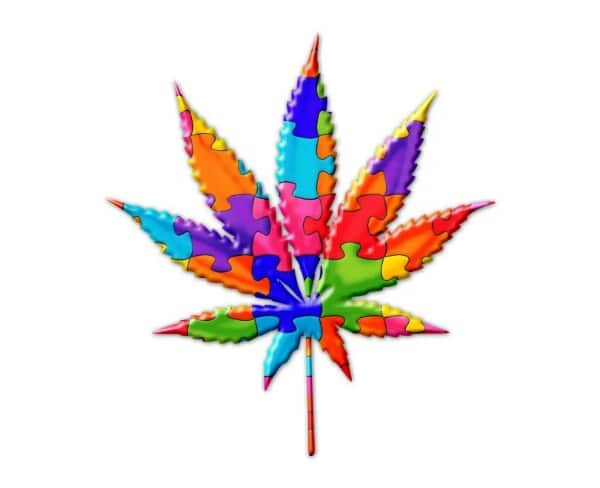 Let’s face it, the autism problem is becoming worse, for whatever reason. It was once a rare occurrence, but now days it seems like everyone has been identified as having autism spectrum disorder. Although there is currently no medical solution for this issue, naturopathy may have more to offer. Cannabis is currently being suggested as a potential new autism treatment by numerous studies.

If cannabis can treat autism, it opens up a new avenue for treating this terrible and expanding issue.

Autism “refers to a broad variety of problems defined by challenges with social skills, repetitive behaviours, speech, and nonverbal communication,” according to the website Autism Speaks. We are aware that there are numerous subtypes of autism, the majority of which are driven by a confluence of hereditary and environmental variables. Since autism is a spectrum disorder, each autistic individual has a unique set of abilities and difficulties.

The article continues, saying that persons with autism have a wide range of abilities when it comes to learning, thinking, and problem-solving. While some persons with ASD could need a lot of everyday assistance, others might only need a little help and in some circumstances could even live independently.

How widespread is autism today? According to data gathered in 2018, one in 44 children is identified as having an autism spectrum disorder, according to the CDC via Autism Speaks. With a rate of 1 in 27 for males and 1 in 116 for females, males are far more likely to be affected by this. 44 percent of autistic people have normal IQ, whereas 56 percent have mental retardation or are at the borderline of intellectual aptitude.

Since there is no medical definition of autism and no known cure, there is no test that can be used to determine whether autism is present. As a result of professional disagreements and the fact that every diagnosis is subjective and wholly based on the therapist’s judgement, a person may obtain various, and occasionally contradicting, diagnoses for the same symptoms. Diagnoses that are completely subjective typically depend on how each therapist interprets a patient’s particular set of symptoms.

Although there is no one known cause for autism, genetic and environmental variables, as well as things like having a child later in life, are frequently mentioned. Although a website like Autism Speaks is quick to dismiss the frequently raised theory that vaccines, through the administration of heavy metals, may be linked to autism, the numerous lawsuits won against pharmaceutical companies (or which forced settlements), as well as governmental organisations like the National Vaccine Injury Compensation Program, certainly make a different, and compelling argument.

cannabis as a therapy for autism

A growing body of evidence suggests that medicinal marijuana can be used to treat a variety of neurological conditions, including MS, epilepsy, and Alzheimer’s disease. Therefore, it shouldn’t come as a surprise that cannabis could be used to treat autism, at least in terms of symptom relief. The two main concerns when researching a substance like cannabis for treatment are how well it treats symptoms and how safe it is to use.

Real Life Experience of Medical Cannabis Treatment in Autism: Analysis of Safety and Efficacy, an Israeli study that was published in January 2019 in the journal Nature, set out to “characterise the epidemiology of ASD patients receiving medical cannabis treatment and to describe its safety and efficacy.” In order to accomplish this, the researchers examined data that was gathered for the medicinal cannabis use in the treatment of 188 autistic patients between 2015 and 2017. These patients were typically treated with oil containing 30 percent CBD and about 1.5 percent THC.

Results were measured using standardised questionnaires at the six-month mark and included an inventory of symptoms, a patient global rating, and side effects. Eighty-two percent were still receiving treatment after six months, of which sixty percent had undergone an evaluation. Of those, it was discovered that 30.1% (28 patients) of them experienced considerable improvements, 53.7% (50 patients) moderate improvements, 6.4% (six patients) small improvements, and 8.6% (eight patients) no improvements at all. A adverse effect was experienced by 25.2% of the participants (23 patients), primarily restlessness.

The researchers’ conclusion is that cannabis looks to be a well-tolerated, secure, and efficient choice to treat ASD-related symptoms in patients.

The use of cannabis to treat autism needs further study

Cannabinoid treatment for autism: a proof-of-concept randomised experiment, published in Molecular Autism in 2021. For this, researchers compared a purified CBD and 9-THC oil in the same ratio to a whole-plant cannabis extract with a concentration of CBD to THC of 20:1 (BOL-DP-O-01-W) (BOL-DP-O-01). Both of them were also put to the test against a placebo-controlled control group. Following a four-week washout period and another 12 weeks of treatment, participants were given either a cannabis oil or a placebo for 12 weeks. In other words, participants tried on two different options, with a break in between to essentially “clear” their palates.

The CGI-I test for disruptive conduct revealed that the whole-plant extract significantly improved or very significantly improved 49 percent of instances vs the placebo’s 21 percent. The APSI and HSQ-ASD scores did not vary by group. The whole-plant extract improved median SRS Total Scores by 14.9 points compared to the placebo’s 3.6 points, indicating an increase in social skills. The study found no significant adverse responses or occurrences, and the most common adverse reactions were sleepiness and decreased appetite, which were more prevalent in the treated groups than the controls.

“This interventional trial provides evidence that BOL-DP-O-01-W and BOL-DP-O-01, administered for 3 months, are well tolerated,” the study’s authors wrote in their conclusion. These interventions have conflicting and scant evidence on their effectiveness. It is advised that cannabis be tested further in ASD. This demonstrates, at the very least, the safety of cannabis as an autistic treatment. And while it did not gather enough data to provide a definitive conclusion on overall efficacy, it did demonstrate that improvement is possible.

This study supports earlier ones that demonstrated declines in harmful behaviours and improvements in communication skills. While THC’s potential benefits have not been thoroughly explored, CBD has been used more specifically in experiments.

What I’ve learned about autism

First things first, while I don’t have any experience using cannabis to treat autism, I do have experience working with people who have autism. I obtained a psychology degree from college in the early 2000s, which led to several years of employment in mental health, the most of which I spent dealing with autistic children. I even had a job inside a hospital treating children whose habits were too terrible for them to remain at home.

Populations like the ones I worked with are concerned with the most severe, unmanaged instances, which typically include children with extremely violent behavioural difficulties. This has nothing to do with your slightly spooky uncle who everyone claims is “on the spectrum” or the awkward classmate who may or may not have Asperger’s syndrome. These were the clear-cut, most extreme situations. Children banging their heads against walls, biting their own or your arms, and speaking incoherently to themselves are all examples of children who are unable to understand what is being spoken to them.

Autism is not a joke. Because in the end, it’s not about a socially awkward classmate or a scary uncle. It’s about a whole population of individuals who are unable to mentally connect the dots, frequently resulting in an absolute inability to speak and a need for assistance with all fundamental tasks. It addresses unchecked habits, such as self-harming behaviours, and a widespread and almost total lack of self-awareness. When I was working with this population, I never noticed any kind of improvement. Nothing but pill after drug that had no effect.

Although I personally can’t comment on the advantages of using cannabis as a treatment for autism, I can state that this demographic needs assistance and is unable to speak for itself. If there is a treatment like cannabis that may alleviate symptoms without having any negative side effects… This, in my opinion, is one of the more encouraging outcomes of dealing with a very serious and alarming situation that is rapidly expanding. Though it may not receive as much attention as other disorders, consider the consequences if the problem becomes widespread. The individuals I worked with will never regularly possess self-control. Additionally, a growing group of persons who require assistance with all fundamental tasks portends doom for the broader populace.