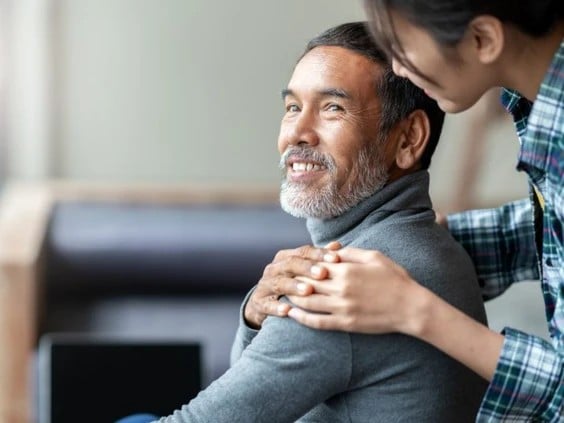 One of the first studies to show the non-clinical advantages of cannabis use in healthy young adults.

According to a recent study, those who use cannabis show higher levels of prosocial behavior and an increased capacity for empathy.

The psychological health of 146 college students with varied levels of tetrahydrocannabinol (THC) in their urine was examined by researchers in order to inform their conclusions. Researchers discovered that cannabis users outperformed THC-free people on tests of prosocial behavior, empathy, moral harmlessness, and moral fairness after controlling for variables like sex, age, ethnicity, and childhood socioeconomic background.

Additionally, male cannabis users received greater “agreeableness” scores. As most of the observed differences between cannabis consumers and nonconsumers were connected with how long it had been since consumers’ previous use of cannabis, researchers assume that the effects are temporary.

According to co-author and associate professor Sarah Stith of the UNM Department of Economics, “the transience of the effects supports that cannabis is triggering behavioral and perceptual changes rather than that cannabis users and non-users fundamentally differ in their baseline approaches to social interactions.”

Tiphanie Chanel, a second co-author and professor of psychology at UNM, hailed the study as “groundbreaking” and expressed hope that it will spur additional investigation into the “effects of cannabis on human connections and well-being.”

According to Vigil, “I frequently refer to the cannabis plant as a super medication, relative to most other conventional pharmaceutical products, because it not only works quickly and relatively safely to treat the symptoms of a wide range of medical conditions, but now we have conclusive evidence that it may also help improve the psychosocial health of the average person.” The impacts of cannabis on our interpersonal interactions may eventually prove to be even more significant to societal well-being than its medical effects because prosociality is key to society’s general cohesiveness and vitality.

According to a Harvard research published last year, cannabis is a useful treatment choice for those with chronic pain, and some of its advantages have been linked to bettering patients’ moods.

The study, which was released in the journal Experimental and Clinical Psychopharmacology, found that patients who used cannabis regularly saw increases in their quality of life, mood, sleep, and anxiety.

Based on validated questionnaires that focused on anxiety and depression and were published in Psychiatry Research, researchers discovered that patients’ results improved with time.

The authors of the study report that there were “statistically significant changes” between the baseline and follow-up ratings, with individuals actively seeking medicinal cannabis to treat anxiety or depression experiencing greater benefits.

Canopy Growth’s chief medical officer, Dr. Mark Ware, stated that “cannabis and mental health are inextricably connected” in an interview with The GrowthOp in 2020.

Dr. Ware, a family physician for more than 20 years, said: “It was evident to me very early on that cannabis had a very broad effect on people’s health, including their mental health.”

He continued, however, that more research is needed to properly understand how cannabis affects mental health, particularly how it can elevate some aspects of mood.