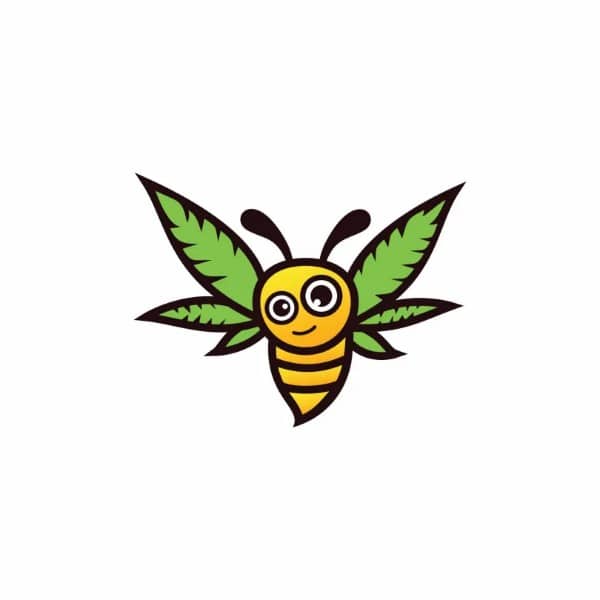 With all the discussion of the current destruction to the honeybee colony and the potential consequences to humanity as a whole, the tiny, buzzing animals become a rather significant component of our ecology. Similar to cannabis, honey offers a variety of health and nutritional advantages, and as interest in cannabis honey grows, the two are combining to produce some of the best goods on the market. Continue reading to learn how cannabis and honey pair well.

a brief overview of bees
The first thing to understand about bees is that they are all unique creatures. Although a wasp, a yellowjacket, and a honeybee may all appear to be the same when flying past your face, they are actually completely different species of flying insects. The honeybee is what most interests us. Honeybees come in a variety of varieties, with Apis mellifera being the most prevalent. The European honeybee or Western honeybee are other names for this particular insect.

Honeybees are social insects that live in hives. They communicate with one another by dancing, and this elaborate system may be used to describe to other bees the precise locations of food supplies, their quantity, and even their quality. A queen bee, worker bees, and drone bees are present in every honeybee colony. The queen bees are larger females, while the worker bees are smaller females who never achieve sexual maturity. Drones are the male bees.

I could continue to discuss the specifics of honeybees, but it wouldn’t be very significant. Here are some examples of what is. Bees need two different types of nourishment. The first is honey, which is created from floral nectar. The second is pollen, which is obtained from a flower’s anthers. Each kind of flower and each flower within each species has its own nectar and pollen. The majority of bees exclusively gather either pollen or nectar. While being collected, nectar is put into a stomach designed just for it, from which it is carried to other bees in the hive for use in making honey. There is a valve between this and the bee’s ordinary stomach, which is separate from this one, allowing the bee to use some nectar for energy if necessary.

The bees pass the nectar from mouth to mouth until the water in it has evaporated, decreasing from around 70% to 20%, and then they collect the honey. The outcome is honey, a concentrated syrup. Then, a covering of beeswax is placed on top of the honey, which is kept within the honeycomb’s cells. Different things are done with pollen. To make “bee bread,” pollen and pre-honey nectar are combined. Larvae, which require such high protein levels to survive and thrive, are then fed this high protein meal. In comparison to nectar, which contains sugars, salts, oils, and vitamins, pollen is rich in protein, as well as containing lipids and other nutrients for growth.

I could write an entire article about the health advantages of honey. Honey is a significant and potent component of natural medicine (which cannabis is), and it has just as many advantages as a plant like cannabis. It can be used as an antibacterial and anti-inflammatory treatment for a variety of conditions, including burns and wounds, gastrointestinal problems, diabetes, cancer, asthma, and neurological disorders. Honey is an excellent treatment for a wide range of issues on its own, so the thought of mixing it with cannabis is all the more advantageous.

It has long been understood that the flavour of honey differs based on where it comes from and the kind of flowers that the bees who created it gathered nectar and pollen from. Real cannabis honey, then, is honey produced by bees that have consumed some form of cannabinoid.

There is no way for bees to know how to do this, in case you were wondering. The most common methods used to produce cannabis honey include feeding the bees cannabinoids or placing hives near cannabis plants. For PhytoPharma and its Cannabeez honey, the former is true. Because bees lack an endocannabinoid system, there is no concern that the cannabinoids will have an adverse effect on the bees; rather, they are only a tool for extraction. The amount of cannabinoids in cannabis produced by bees fed cannabinoids is incredibly low compared to other products, especially concentrates. Cannabinoids can actually make up as little as.3 percent of the honey.

The cannabinoids in cannabis honey, even at this low concentration, have demonstrated to be extremely bioavailable, which means the body can effectively absorb them. Furthermore, because the cannabis is not heated during this process, the benefits are strictly therapeutic and do not result in a high. There are methods around the fact that cannabis plants don’t generate nectar and are wind pollinators, which means they don’t depend on or attract insects to spread their pollen.

The market for cannabis honey products is growing, but many of these items are simply infused, meaning that cannabinoids are added to honey that would not otherwise contain them. However, this is a distinct product. Bees produce true cannabis honey straight. The custom began in 2016 when Nicholas Trainer, a French beekeeper who enjoyed marijuana, started researching cannabis honey at his friends’ urging. In the end, Trainer placed the bees alongside cannabis plants so they could gather the resin rather than feeding them cannabinoids. Through experimentation, he discovered that various marijuana plants may produce a variety of honey. Additionally, it has been shown that bees can gather the resin and pollen of cannabis plants, with the pollen being converted into bee propolis.

study of bees and cannabis
There is some research on cannabis honey, even though it is still not extensively explored or understood. A 2019 study looked on the types of bees that are drawn to the pollen of cannabis sativa plants. Instead of looking into cannabis honey, the study focused on pollen as a source of sustenance for bees. However, one discovery from this research was that cannabis plants produce a lot of pollen, and bees do consume it, especially during a time of floral scarcity. The study swept the region around hemp farms in New York using nets to determine precisely which insects were drawn to the plants. This covered various cannabis phenotypic varieties from various fields.

The investigation discovered that there were 16 different species of bees that frequented these plants. Additionally, taller plants were found to draw a wider variety of bee species. One of the study’s key discoveries was the possibility of using this pollen as a source of sustenance for bees, particularly during times of food scarcity. But it also unintentionally supported the assumption that bees consume plant pollen, supporting the notion that cannabis honey is simple to produce.

In 2020, Nick J. French, owner of Frangiosa Farms, conducted a study titled Industrial Hemp As Forage For Honey Bees. The research began in 2015 with the aim of determining how to raise the value of industrial hemp. His strategy involved placing 12 hives among the hemp plants on 70 acres of Colorado. The number of bees was expected to be 800,000 at the time of deployment. About twice a week for the first two months, the hives were inspected.

Only six of the hives that were taken two months later showed symptoms of being able to survive winter, indicating that there was not enough honey in reserves to sustain all the bees throughout the season. Pollen and propolis were both collected and submitted to a lab, but not enough honey was actually created to collect for sampling. ProVerde Laboratories in Massachusetts received the samples. Cannabinoids were identified in pollen samples at a concentration of.09 percent and in propolis samples at a concentration of.93 percent by weight. Although study director French did not think cannabis honey was particularly likely, the ensuing propolis and pollen tested positive for cannabinoids. He left open the possibility that additional honey could be produced through further study.

weed-related honey products
There are two types of cannabis honey: honey that comes from bees that have consumed cannabis plant resin or pollen, and honey that has been infused with cannabis. The latter is much simpler to locate and still provides a nice balance of all the beneficial aspects of both honey and cannabis. The following brands, including Colorado Hemp Honey, Honey Pot Products, Florida Honey Pot Farms, Bee Delightful, Cannabee, and Bumble B. Well Hemp Products, are available if this is what a consumer is looking for. However, none of these businesses genuinely produce cannabis honey.

There are a few ways to experience actual cannabis honey even though the field is still young. The previously mentioned business, PhytoPharma, is one of the top choices for the genuine article. This Israeli business has a patented process for feeding cannabinoids to bees and producing cannabis honey. The business claims on its website that studies have demonstrated the effectiveness of its cannabis honey in treating insomnia and relieving pain without the slightest euphoric effect.

Cannahoney is a different business that operates honestly and traditionally. Three different types of honey are available from Cannahoney, all of which were originally obtained from strategically located bee hives alongside cannabis crops. In Ventura, California, there are all fields. The company now sells CannaHoney Plus and MariHoney, which both contain cannabinoids infusions in addition to the basic Cannahoney, which is simply the raw, unadulterated honey from the hives. According to the company, it is not technically necessary to test the standard Cannahoney for cannabinoids because it relies on the bees to do their job.

There are several infused honey products to test if all you want is the advantage of cannabis and honey combined. There are a few possibilities for people who want to take it a step further and purchase a product straight from the bees, and more are undoubtedly on the way. Given that honey can be produced based on the local flora in the area and that cannabis and honey are two key powerhouses in the natural medicine field, combining the two could result in some of the best medical goods available.