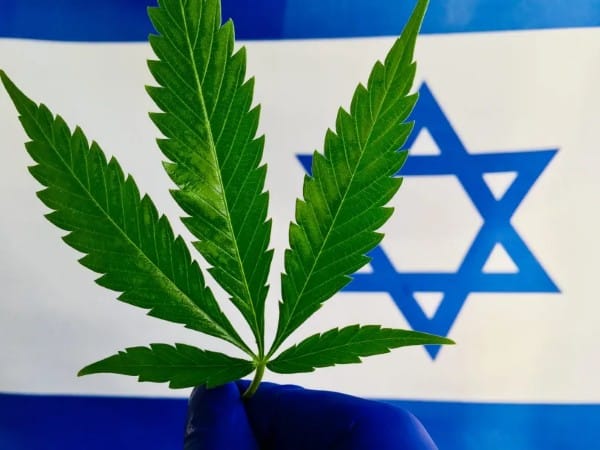 The most recent study confirming what many of us already know—that marijuana use can reduce the need for other prescription drugs—shows how far cannabis science has come in recent years. Additionally, you may save money by taking advantage of our fantastic deals on cannabinoids like HHC-O, Delta 8, Delta 9 THC, Delta-10 THC, THCO, THCV, & HHC.

Tikun Olam-Cannbit provided funding for the study, which was carried out over a number of years. Researchers treated strains produced by the business on 8,500 persons, both sexes, with an average age of 54.6. Several cannabis-medicated patients ceased using or drastically reduced their dosages of opioids (52%), anti-psychotics (369.%), anti-epileptics (35.7%), and hypnotics and sedatives (35.3%).

Approximately half of patients stated that their “quality of life had improved over the duration of treatment,” and over two-thirds of patients reported “at least moderate improvement with no major adverse effects.” After six months of treatment, 90.8 percent of PTSD patients were deemed to have achieved therapeutic success. Other advantages included a noticeable reduction in angry outbursts, decreased restlessness, and a lesser frequency of digestive and sleep-related problems.

Lihi Bar-Lev Schleider, the organization’s chief of R&D, said, “In the past, we already showed that therapy with medical cannabis products alleviate symptoms and improves quality of life for patients.” The effect of the treatment for diverse indications was investigated without bias for the first time using in-depth, organized, and systematic analysis of a huge amount of data on a very big group of patients.

Teva Israel CEO Yossi Ofek stated that “the medicinal cannabis industry is developing and being professionalized at a dizzying rate in Israel, and there is more acceptance to it in Israel and abroad.” The usage of oils derived from particular cannabis strains may offer new therapy alternatives and address patients’ unmet medical needs, according to several in the pharmaceutical industry and the medical community today. We will achieve our goal of enhancing patient lives with the assistance of the medicinal cannabis oils that Cannbit-Tikun Olam produces in accordance with Teva’s stringent quality and safety standards.

Tikun Olam-Cannbit: who is he?

The name Tikun Olam (adapted spelling of Tikkun Olam) comes from a significant Jewish idea that describes any action that enhances and moves the world closer to a harmonious state. Direct translation of the slogan is “Repair the World,” and this is precisely what they have been attempting to do with their top-notch cannabis research. The products from Tikun Olam are currently used by more than 20,000 patients.

Numerous ailments have been studied by Tikun Olam, including cancer, autism, Crohn’s disease, Parkinson’s, Tourette’s syndrome, fibromyalgia, and numerous motor abnormalities. Professor Zvi Bentwich, a renowned expert in HIV/AIDS research, serves on the board of Physicians for Human Rights and was one of the first medical professionals in Israel—possibly the entire world—to use medical marijuana to treat patients.

Despite a brief period of controversy and apprehension, Cannabit just acquired Tikun Olam. Cannbit signed a memorandum of principles to buy Tikun Olam for $42 million, with the proviso that it would have to pay an additional $18 million in closing costs. Within the next five years, Cannabit’s market capitalization will exceed $1 billion. This was the biggest medical cannabis merger in Israeli history.

History of cannabis study in Israel

Israel is the most well-known cannabis research nation in the world. Not only is this the country where it all started, but they are also blazing new ground with their cutting-edge research initiatives right now. Raphael Mechoulam, an Israeli scientist and university professor, was the one to identify and isolate tetrahydrocannabinol (THC) from the cannabis plant in the early 1960s. His finding helped transform how people throughout the world saw this plant and ignite the medical cannabis revolution.

At Hebrew University of Jerusalem, where he currently serves as president of the Multidisciplinary Center for Cannabinoid Research, Mechoulam is in charge of a group of scientists who are working to continue learning about the numerous medical advantages connected to the hundreds of compounds that have been discovered in cannabis. He has been given millions of dollars in funds to develop cannabis-based therapies for deadly cancers, and he most recently won the Technion Harvey Prize for his contributions to the subject.

Israel, one of the few nations in the world where doctors still occasionally prescribe cannabis-based medications, was dubbed “The Holy Land” for medical cannabis by many in the industry by 2017. It is still regarded as an international hub for some of the most talented scientists and researchers in the field.

Israel is the source of many of our most significant cannabis studies, including numerous studies on the endocannabinoid system, cannabis and cancer, mental health, addiction, and a long list of other topics. Israel’s cannabis research has been so successful that more restrictive nations (like the U.S.) use Israeli data to support their own legal and scholarly endeavours. Although Israel has long exported cannabis products, many people think that its most important export is actually medical data.

Israel has a long history of conducting cannabis research, and this study is only the most recent of many that will undoubtedly be conducted on the relationship between cannabis and addiction, PTSD, medicine reduction, and general mental health and wellness. In all of the aforementioned domains, cannabis-based medicines are currently effective.