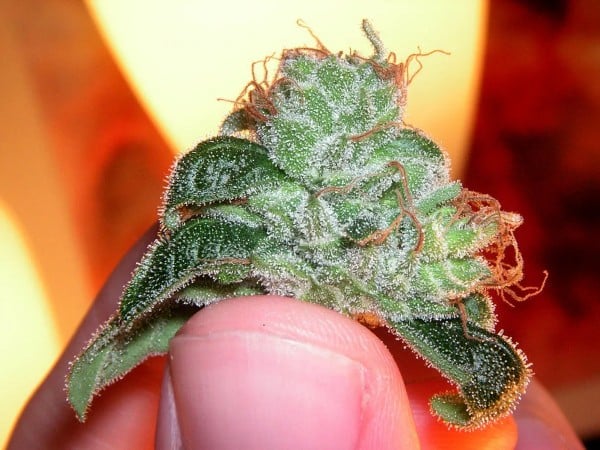 IBD manifests as Crohn’s disease or ulcerative colitis, and the recommended treatment is immunosuppressive and anti-inflammatory medications.
However, as these medications only provide short-term symptom relief, patients are obviously in need of an alternate, efficient strategy. Is marijuana able to aid?

In their latest publication, Cannabis in Inflammatory Bowel Diseases: from Anecdotal Use to Medicalization?, a group of experts from Israel sought to provide an answer to that issue.

IBD manifests as Ulcerative Colitis and Crohn’s Disease, which can cause inflammation in any area of the gastrointestinal tract, including the mouth, oesophagus, stomach, and anus. Ulcerative Colitis only affects the colon. Both are serious and frequently alternate between episodes of intense symptoms and a sense of relaxation. Internal bleeding, diarrhoea, and abdominal pain are symptoms (especially when the colon is involved). Unsettlingly, the disease also increases the likelihood of cancer developing in the affected organs.

IBD is assumed to be brought on by a combination of genetic and environmental factors, with nutrition, especially a high-protein diet, being strongly linked to the disorder.

IBD sufferers must rely on a wide variety of medications to attempt and control the inflammatory process and other symptoms, such as discomfort, even though there is no known cure. IBD is typically treated with a combination of anti-inflammatory medications, such as 5-aminosalicylic acid, and antibiotics because bacterial infections are frequently a factor in the disorder.

In general, patients will get a range of immunomodulatory treatments, including corticosteroids, thiopurines, or methotrexate. Recently, monoclonal antibodies have also been used. These biological medicines specifically target cytokines that have a role in inflammation.

Despite the long variety of medications available to treat IBD, patients seldom achieve a sustained remission. The most effective medication, corticosteroids, has a remission rate of up to 80% but cannot be administered for an extended period of time due to serious adverse effects. The majority of alternative treatments only have remission rates of 50–60%. Additionally, over 30% of IBD patients will eventually require surgical intervention, and over 70% of those with Crohn’s disease in particular will need surgery at some point.

Many people are using marijuana.

It is hardly surprising that many patients are turning to alternative approaches given the challenges they confront with conventional IBD therapy. According to the survey, between 16 and 50 percent of patients report using cannabis to treat their symptoms. They might have been persuaded to do so by the numerous gastrointestinal symptoms associated with IBD, such as anorexia, nausea, stomach discomfort, diarrhoea, and gastroparesis, which have all been claimed to be alleviated by cannabis.

Timna Naftali, MD, and Fred M. Konikoff, MD, became intrigued by the possible function of cannabis and cannabinoids in IBD as a result of these encouraging findings. They write in their paper that they would conduct an observational study of the use of cannabis in treating IBD in Israel after discovering zero results of cannabis being studied in humans with IDB in a PubMed search in 2009 and the rising demand for medical cannabis prescriptions from patients with IDB.

They then went about compiling a list of authorised medical cannabis users from the Tikun Olam database, a business that cultivates and distributes medical cannabis under the authorization of the Ministry of Health. After discovering 30 individuals with the Crohn’s disease diagnosis, they were able to interview them to gather the necessary information.

The majority of these 30 patients utilised one to three joints per day, or roughly 0.5 g of cannabis per joint, to smoke their cannabis. They measured disease activity using the Harvey-Bradshaw index and discovered a decrease from an average of 14 6.7 before cannabis consumption to 7 4.7 (P 0.001) after consumption. Following cannabis use, the need for additional drugs, such as corticosteroids and 5-ASA, also seemed to be greatly diminished.

Furthermore, over the course of an average of nine years prior to cannabis usage, 15 of the patients underwent a total of 19 procedures, while only two of them required surgery after three years of cannabis use.

These findings prompted the authors to carry out the first cannabis-related Crohn’s disease randomised placebo-controlled experiment. For eight weeks, 21 individuals with active Crohn’s disease were randomly assigned to receive placebo cigarettes or cannabis cigarettes with a 23 percent THC content.

Interestingly, 10 of the 11 patients in the cannabis group had a clinical response (Crohn’s Disease Activity Index (CDAI) > 100), and five of them had complete remission (CDAI score 150). There was also a tiny randomised placebo-controlled trial evaluating the effectiveness of CBD. However, 19 Crohn’s disease patients reported no positive effects. However, it should be noted that the dose in this trial was extremely low—just 10 mg per day.

Two more randomised placebo-controlled trials have been started due to the drawbacks of these human investigations, most notably the limited patient population and the lack of inflammatory activity measurements before and after cannabis usage. One of these studies will examine the use of cannabis oil high in CBD for treating Crohn’s disease. Calprotectin and CRP levels as well as an endoscopic assessment both before and after treatment will be documented. In the second trial, inflammatory markers, endoscopic scoring, clinical indices, and the impact of cannabis use on ulcerative colitis will all be measured.

The authors are hoping that these trials will shed further light on the potential benefits of cannabis for the treatment of IBD. They hypothesise that the improvements experienced by patients may be due to “cannabis-induced pleasure and a sense of overall well-being,” a decrease in stress and anxiety, or a direct result of an anti-inflammatory action.

We can be upbeat until the findings are released because cannabis use is widespread in IBD, and numerous anecdotes support the findings of the research mentioned above. Although the exact mechanism by which cannabis produces these results is still unknown, enormous steps are being done to find out owing to tenacious researchers like Naftali and Konikoff, and the future appears less dismal for IBD patients.