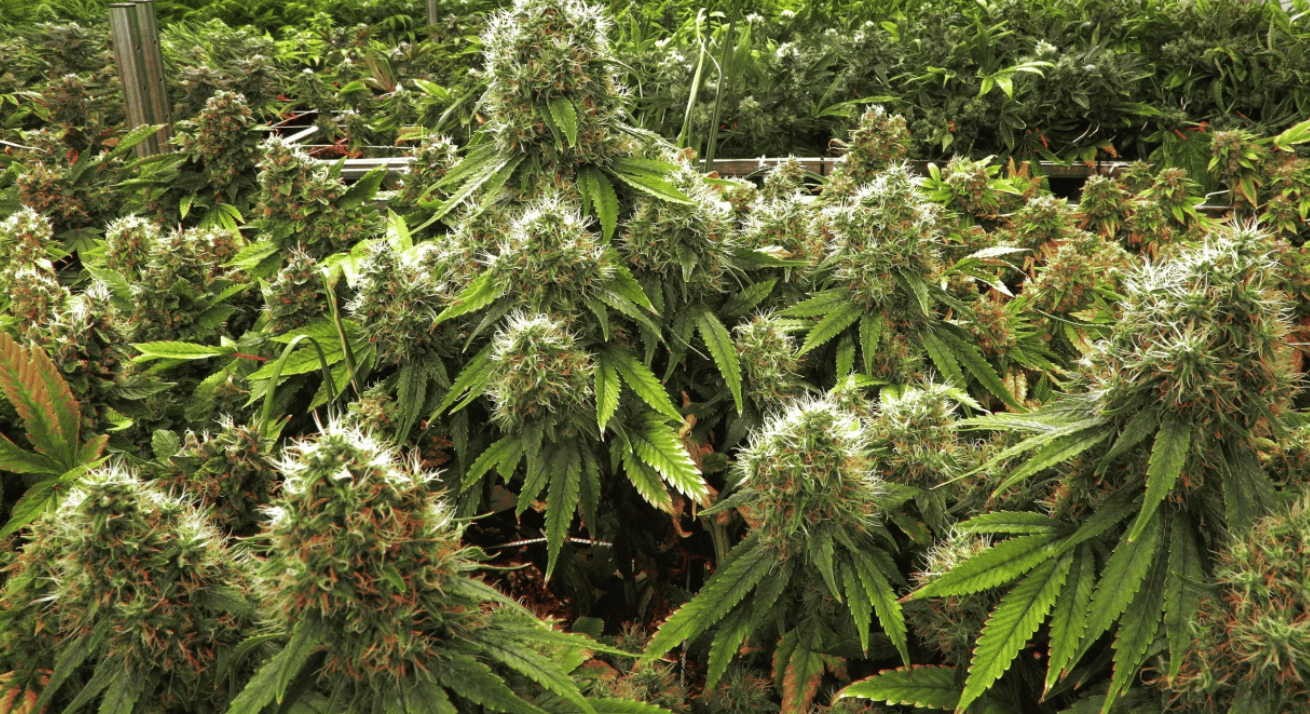 That realization is leading Senate Democrats to look for a compromise on weed.

In interviews with more than a dozen lawmakers, staffers, advocates and lobbyists, all agreed that in recent weeks the tone has changed on Capitol Hill. Senators previously opposed to anything but a major marijuana decriminalization bill are slowly warming to another option: adding provisions to a broadly supported bill that would allow financial institutions to offer banking services to the cannabis industry, called the SAFE Banking Act.

The change in approach is driven in part by the fact that the clock is ticking on Democratic control of Congress — experts say the House will likely flip in November, and the Senate could join it. Despite the often-bipartisan nature of cannabis legislation, it does not enjoy strong support from GOP leadership in either chamber. So lawmakers involved in weed policy are looking more seriously at what they can accomplish in the last six months of this Congress.

“There’s a greater sense of urgency,” said Rep. Earl Blumenauer (D-Ore.), who has been trying to shepherd cannabis legislation through Congress for decades. “I think there’s a broader base of support.”

Every lawmaker and staffer who spoke with POLITICO for this story said that there is, as of yet, no tangible legislative plan. Most described the conversations as merely testing the waters on what might be possible later on in the year.

Discussions have happened or are scheduled between Schumer and weed-friendly Republicans such as Sen. Lisa Murkowski (R-Alaska) and Rep. Dave Joyce (R-Ohio). But Joyce told POLITICO earlier this month that his conversation with Schumer did not include any formal strategy or legislative plans. Right now, most of these talks are among Senate Democrats, who eventually want to agree on something they can propose to Republicans.

Some hope that a deal on cannabis — an issue that enjoys support from both sides of the aisle — could also ride the Senate’s current bipartisan wave. Democrats and Republicans in the upper chamber have recently reached agreements on thorny issues like gun control and insulin pricing.

“The discussion is about using SAFE as the nucleus of the thing, and [to] add some provisions that will be acceptable to Democrats and Republicans in the Senate,” said Rep. Ed Perlmutter (D-Colo.), the cosponsor of the bill in the House. “It’s at its very early stages.”

They’re calling the potential package “SAFE Plus,” a term coined by Sen. Jeff Merkley of Oregon, the Democratic co-lead sponsor of the weed banking bill.

The most looming question is how to thread the needle between Republicans who want the banking bill to pass on its own and Democrats who won’t vote for it unless it comes with added criminal justice or social equity provisions.

Montana Sen. Steve Daines, the Republican co-lead sponsor of the banking legislation, has consistently opposed adding anything to the bill. New Jersey Sen. Cory Booker (D-N.J.), a key Democratic player in the cannabis discussion, meanwhile, won’t support a bill that only helps the industry and does not do anything meaningful for people hurt by the war on drugs.

Right now, ideas are swirling, with one cannabis industry lobbyist describing the discussions as “mushy.” Joyce and Rep. Alexandria Ocasio-Cortez (D-N.Y.) have a bill that would give states financial assistance in expunging cannabis-related nonviolent records. Sen. Jacky Rosen (D-Nev.) is pushing a bill that would allow cannabis companies to access Small Business Administration programs. Sens. Jon Tester (D-Mont.) and Dan Sullivan (R-Alaska) have a VA medical research bill. Sullivan is also reportedly taking on the deceased Alaska Rep. Don Young’s bill that would allow marijuana users to own a gun. With so many options, it’s uncertain exactly what is under serious consideration.

“I’m hoping that we can put a package together that can receive wide bipartisan support,” said Rosen, though she couldn’t say exactly what form that would take. “I know that SAFE banking has wide support,” she said — adding that so do her efforts to expand access to SBA programs.

When Democrats took control of the Senate, Schumer teamed up with Booker and Ron Wyden of Oregon to craft comprehensive decriminalization legislation that would tax and regulate the new industry, expunge some records and provide programs and financial assistance for those who had been harmed by America’s cannabis laws in the past. That bill, however, has not been introduced yet — and does not currently have the votes to pass when it it.

Meanwhile, pressure is growing from other Democrats: Sen. Dick Durbin (Ill.) and Patty Murray (Wash.) — the No. 2 and 3 leaders in the caucus — are both SAFE cosponsors. Murray declared it a priority after three people were killed during dispensary break-ins in Washington earlier this year.

“Schumer has changed from a more defensive posture against something smaller that would take away from comprehensive reform, and is now interested in what could get done by the end of the year,” one Senate Democratic staffer with knowledge of the conversations told POLITICO, speaking on background to protect sensitive negotiations.

The outlook even for SAFE in a GOP-led Congress is dismal. House Financial Services Committee Ranking Member Patrick McHenry (R-N.C.) — who would likely chair the committee if Republicans take back the House — voted against it both times it passed the House. SAFE may not even receive a hearing in either chamber under Republican leadership, let alone a floor vote. That is motivation enough for both Republicans who support cannabis banking and Democrats who want comprehensive legislation to find a middle ground.

Currently, Democrats are still waiting for the Schumer-Booker-Wyden cannabis bill, and any tangible discussions on a SAFE Plus package won’t come until after that. The SAFE Banking Act was included in the House version of a massive China competition bill, but negotiators have dropped it from consideration for the final package.

If the current momentum continues, Democrats plan to come up with something they could get behind, present it to Republicans, and then work from there. Timelines on when this might happen abound, but lame duck is mentioned most commonly — though not by the bill’s lead sponsor.

“There’s going to be 1,000 things to do in lame duck,” Merkley said. “If we can get an agreement and move forward before we’re to that point, I sure would like to.”