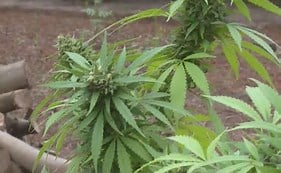 It has only been five days since the Minnesota law that went into effect on July 1 legalized edibles and drinks containing THC produced from hemp, but this is just the beginning.

“The door is opened, and the THC-containing goods that many customers like to use are available. Despite statements made by some Republican leaders to the press, I don’t believe we will regress. Minnesota supports this reform, according to Ryan Winkler, the DFL House Majority Leader for Minnesota.

According to DFL Representative Heather Edelson, “This statute makes it plain what is illegal and legal.” That, in my opinion, is beneficial for the state of Minnesota.

A minority hemp grower from Minnesota also discussed the advantages of producing goods there.

“It’s a step forward to offer brewers and producers in the state craft-quality ingredients, and this can only help the farming sector. Co-founder of the Forty Acre Cooperative Angela Dawson said, “It can only help us increase the caliber of the items that are currently on the market.

DFL politicians still intend to continue working toward the legalization of marijuana.

Our concept was developed by and for Minnesotans, according to DFL Rep. Jess Hanson. On our mission to legalize cannabis and establish a controlled market, we stand with the cannabis users and supporters in Minnesota.

Republicans from Minnesota have voiced support for marijuana legalization, but party leadership in the House and Senate has rejected it.