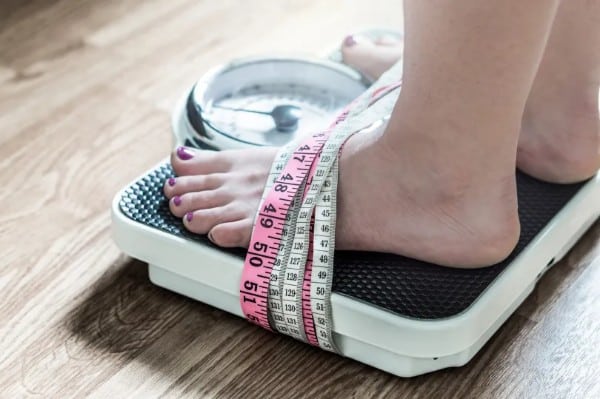 Another potential use for cannabis is the treatment of eating disorders like bulimia and anorexia nervosa, which almost seems paradoxical to say. It’s conceivable that marijuana could be an excellent therapeutic alternative for people with specific eating problems because of its capacity to increase appetite and lessen anxiety symptoms.

An eating disorder definition
An eating problem is under the category of psychiatric disorders, hence there is, first and foremost, no formal classification that can be established in terms of medicine. Psychiatry defines it as a condition in which a person’s eating behaviour, along with accompanying thoughts and emotions, are severely disturbed. Those who have eating disorders frequently get obsessed with food and their weight. Of course, this applies to both extremes of the spectrum—those who consume too much or too little in relation to their body weight.

As is always the case with psychological disorders, these problems are only diagnosed by a psychiatrist and are consequently interpreted subjectively because there is no medical definition or evidence. Due to the lack of a medical definition, it is also conceivable for several doctors to assign completely different diagnoses to the same patient. Having said that, each of the examples below highlights a fundamental category of eating disorders, each with distinct symptoms.

Approximately 20 million women and 10 million men will experience an eating disorder at some point in their lives, according to the National Eating Disorders Association (NEDA). According to the National Institute of Mental Health, around 25% of college students suffer from an eating issue. It is important to keep in mind that binge eating is included in these figures and that they are based on arbitrary diagnoses.

1) The following are six of the more prevalent eating disorders: Anorexia nervosa is the most well-known. A restriction in food intake, frequently to the point of severe malnutrition and physical emaciation, characterises this eating disorder. People who are suffering from distorted body ideas frequently believe that their weight is the main reason why they look different than they actually do (usually in a negative way). Men and women can both suffer from anorexia, but women are more likely to do so.

2) Bulimia nervosa is likewise widely recognised. It is characterised by a binge/purge pattern, in which the person would occasionally eat a lot of food without exercising any self-control before trying to get rid of it by vomiting, using laxatives, diuretics, enemas, or engaging in excessive exercise. While some publications, like the one cited, list fasting as a method of purging, this would need to be a severe fast that was intense enough to have a negative impact on health (it is common to eat a lot at one time and not feel hungry or decide not to eat for a much longer than usual period of time). Similar to anorexia, women are more likely to encounter this.

3) Binge eating is also highly common—possibly the most prevalent of all—although most people just refer to it as “overeating.” In contrast to bulimia, a person who is binge eating will not make an effort to purge the extra calories that they have consumed. Instead, they will ingest an excessive amount of calories while feeling out of control. This eating disorder is therefore frequently linked to being overweight or even obese. In fact, the only difference between binge eating and bulimia is whether or not the calories are purged. The two are similar in most other respects, such as the lack of self-control, the large amounts of food consumed in a short period of time, and the general feelings of guilt, embarrassment, and shame. Simply going overboard occasionally does not fall under this heading. Receiving a real diagnosis suggests that extreme behaviour is already a trend.

4) The top three illnesses are generally known, but this is where things start to get a little strange. Pica is the following condition on the list. In cases of pica, the person is likely to be craving a variety of items other than food. This can refer to items like ice, dirt, soap, hair, pebbles, detergent, etc. This can result in serious problems if the wrong material is consumed, as you might expect given some of the inputs on this list, both in terms of a person accidently poisoning oneself and in terms of all the illnesses and injuries that such non-foods can internally cause. Pica can affect anyone, although it’s most common among kids, pregnant women, and people with mental illnesses.

5) The next condition is rumination disorder, which likewise has a peculiar definition that those of us who are familiar with normal eating practises were probably unaware of. With this disorder, a person will regurgitate food that has previously been ingested, then re-chew it before either swallowing it again or spitting it out. Essentially, this is what self-cud-chewing animals do, but it is clear that this is not a basic human trait. In contrast to acid reflux, the reflux happens roughly 30 minutes after a meal and is entirely voluntary. Men and women of any age can be affected by this illness, which frequently goes away in newborns. The condition is a recent discovery.

6) Restrictive/avoidant eating disorder is typically only found in newborns and young children, but it can last into adulthood. It involves a problem with eating that can be caused by boredom, lack of interest, or a problem with the temperature, taste, texture, or smell of food. This is only recognised in exceptional circumstances; it should not be confused with being merely finicky. If a person with this ailment is unable to mature owing to nutrient deficiency, they may also be diagnosed with other conditions like failure to thrive. Food accessibility has nothing to do with this disease.

How may cannabis be useful?

The fact that eating disorders are not medically defined should be the first thing to keep in mind when considering the use of cannabis for treating them. They can only be identified by grouping their symptoms, which results in an arbitrary diagnosis. By studying alterations in behaviours connected to food when cannabis is eaten, it is possible to study cannabis and eating disorders.

Cannabis has been used for a while to treat cachexia, anorexia caused by illnesses like cancer and AIDS that causes the sufferer to lose weight due to an inability to eat. Since it was recently reintroduced into Western medicine, cannabis has been utilised in this manner, and a large body of research has been done to support it. Anorexia nervosa, which is voluntary, has received less research than cachexia, which is not.

There are some studies, though. Cannabis may be helpful in easing the underlying anxiety that underlies some eating disorders and in promoting a normal appetite. Despite finding no overall rise in BMI, this 2017 study that looked into the effects of delta-9 THC on anorexia-nervosa symptoms did find substantial improvements in self-reports of body care, feelings of ineffectiveness, and general sadness. The authors of the study came to the conclusion that delta-9 might be useful in treating the psychological symptoms of anorexia.

According to one study, consuming cannabis improves the scent and flavour of food for the eater, which may be a huge lure for people trying to abstain from eating.

Two research on cannabis and anorexia were included in a systematic review from 2017 that looked at the effectiveness of cannabis for various psychological and neurological illnesses. THC was demonstrated to cause similar weight gain to diazepam, also known as valium, in a study including 11 female subjects who were given titrated doses of the drug. Three patients in the THC group had to be removed from the study owing to unfavourable side effects, which begs the question of why doses weren’t customised to the patients’ requirements. It is unknown whether the problems encountered could have been resolved with lesser doses because they weren’t, though. It is evident that valium, a benzodiazepine, is a highly addictive substance, and that using cannabis to have the same effect would be a much safer option.

In the second research of the review, the THC was in the form of dronabinol. THC is present in the pharmaceutical cannabis medicine dronabinol. The two four-week periods of the placebo-controlled study were separated by a four-week clean-out period. The research showed that dronabinol promoted weight gain, up to.73kg more than the placebo group.

Some argue that conditions like anorexia and bulimia are associated with endocannabinoid system abnormalities, which cannabis can help to control. It is hypothesised that many conditions are caused by malfunctions in this system, and that cannabis, a substance that affects the endocannabinoid system, may have therapeutic benefits. The editor of Biological Psychiatry, Dr. John Krystal, wrote in a 2011 article that “The involvement of endocannabinoids in appetite control is certainly crucial.” These new findings indicate significant links between eating disorders and this system. Clearly, there is a lot more to learn about this.