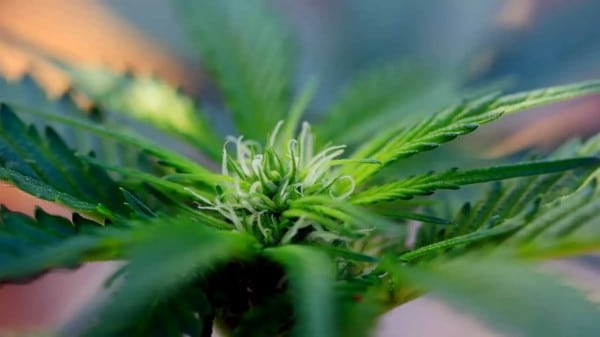 The Green Revolution revolutionised global agriculture, specifically how we breed and cultivate commodity crops, in the 1950s and 1960s.

The ability to modify plant genetics such that it naturally resists common pests and fungi has enabled cheaper cultivation inputs and yield increases that have improved the globe.

Cannabis agriculture is still mostly in the Dark Ages despite these significant scientific advances from more than 60 years ago.

Underground breeders have achieved incredible breakthroughs to boost production and potency over decades of illegal activity.

However, the agenda has not generally included a focus on disease resistance.

Up until recently, combating the deadliest enemies of cannabis, such powdery mildew or botrytis, required intense caution and expensive pesticides, with a still-present possibility that growers might lose their entire harvest.

Scientific developments and ongoing new research will make it possible for farmers to quickly satisfy consumer and regulatory demand for cleaner cannabis products while reducing the usage of chemical pesticides and disease management agents.

Here’s how we can advance cannabis technology to match that of other commodity crops, improving growers’ bottom lines and safeguarding the environment in the process:

Cannabis is safer from a pesticide and fungal standpoint by using less of them:

There is also the possibility of coming into contact with the fungus itself, which can cause aspergillosis, a potentially fatal respiratory condition, when inhaled.

The same targets that pesticides work on in fungus and pests may also exist in our own systems because they are essentially substances meant to kill an organism.

Growers must navigate a complex network of state-by-state regulations and laws while cannabis waits for federal legalisation, whereas the Environmental Protection Agency normally regulates pesticide and fungicide limitations for all other commercial crops on a federal level.

Fungicides are still accessible, but many states have banned them.

To guarantee that no residue is left on the finished product, growers in California, Oregon, and Washington must submit data from independent testing for a long list of more than 100 pesticides and other substances.

On the other hand, pesticide testing is voluntary and up to each facility for growers in Florida or Rhode Island.

Growers must stop using pesticides very early in the grow to maintain approved “safe” levels in order to prevent pesticide residue from showing up in a product that is ready for the shelf.

Without protection later, an epidemic during the blossoming stage frequently results in lost product or, worse yet, product tainted with pesticides.

In an effort to detect an outbreak early, many farms turn to employing extra workers to manually check plants.

This approach is both very expensive and occasionally unreliable.

When crop killers like powdery mildew are present, the initial infestation is invisible, and symptoms only become apparent a few weeks before bloom maturation.

The financial health of farmers is significantly impacted by each of these pest management techniques.

Cannabis growers are unable to pass on price increases to customers in the current market since farm expenditures, including fertilisers and fungicides, are growing by as much as 250 percent throughout the larger agricultural sector in the current economy.

The excessive cost and hypervigilance loop are stopped in their tracks by cannabis cultivars that have been cultivated with innate resilience.

A plant may have what is referred to as qualitative resistance if a pest-resistant gene was bred into it.

The danger can be either resistant or vulnerable if the plant has the gene for resistance to something like powdery mildew.

Although there is still a need for plant health inspections, the risk of infection becomes quite small.

Researchers mated two susceptible cultivars with one cultivar that was already known to be extremely resistant to powdery mildew in order to find the first pest-resistance gene in cannabis.

They examined the qualitative resistance “black and white” phenomena in the offspring of these crosses (hundreds of plants).

The genetic makeup of the two populations was then examined by scientists to find variations in DNA sequence between resistant and susceptible people.

They were able to identify the precise region and gene (designated PM1) in charge of this resistance using this method.

Accept the resiliency of cannabis’ future

This study adds a scientific method to cannabis that has been used for years with other commodity crops and lays the groundwork for the identification of new genetic sources of resistance to the several diseases that infect cannabis.

The advantages of having genetics that are flexible and bred to grow optimally in a variety of diverse conditions extend beyond pest control and have implications for more environmentally robust plants in a more unpredictable climate.

Start with genetics to build a cannabis farm that can resist even the most severe financial and environmental hardships.