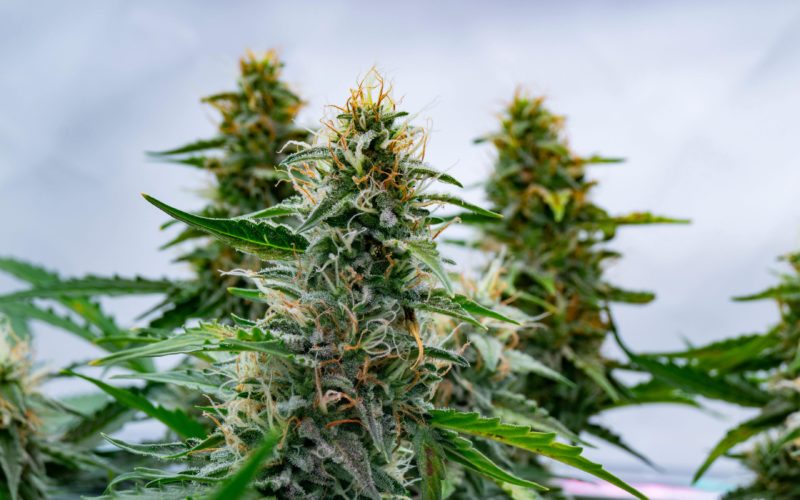 State officials in South Dakota declared on Wednesday that a proposal to legalize marijuana for recreational use has qualified for the general election ballot in November.
The South Dakota Secretary of State declared on Wednesday that a ballot initiative to legalize cannabis for adults had amassed sufficient valid signatures to be placed on the ballot for the November election, giving residents of the state another opportunity to approve recreational marijuana use. Initiated Measure 27 will be the name of the initiative put out by the South Dakotans for Better Marijuana Laws (SDBML) for this year’s general election, according to Secretary of State Steve Barnett.

A total of 31,588 signatures were gathered for the SDBML campaign, according to the Secretary of State’s office. Approximately 79.2 percent of the signatures, according to an investigation of a random sample of them, were verified as being those of South Dakota registered voters. State officials determined 25,023 signatures to be legitimate based on the findings of the random sample, greatly exceeding the current threshold of 16,961 signatures needed to qualify a measure for the ballot.

Director of SDBML Matthew Schweich told the Argus Leader, “We are really grateful to everyone who signed our petitions, our volunteers, our employees, and our supporters. We are very happy that we’ve qualified for the ballot. We are excited to run for office in November and are optimistic that we can win once more and reinstate South Dakota’s people’s will.

Adults 21 and older would be able to purchase and possess up to one ounce of marijuana, as well as grow up to three cannabis plants at home, under the proposal. Cannabis-related acts such as public consumption, growing more than three plants, and some others would still be prohibited by law, but violators would only be subject to civil fines.

In South Dakota, a successful 2020 ballot measure was defeated.

In 2020, South Dakota voters adopted Amendment A, a more comprehensive initiative, by a margin of 54%. However, following legal challenges backed by Kristi Noem, a Republican governor who opposes the legalization of recreational marijuana, the ballot initiative was declared unlawful by the state Supreme Court.

In contrast to Amendment A, Initiated Measure 27 does not seek to impose a tax on the cannabis sector or create a regulatory framework for the production, distribution, and sale of commercial cannabis. The ballot initiative this year legalizes cannabis possession and sales but leaves the specifics up to state legislators. The additional over 8,000 signatures gathered are intended to discourage opponents from bringing fresh legal challenges to block legalization, according to activists.

To ensure that we had a big margin and could prevent our opponents from bringing a lawsuit, Schweich said, “one of the key reasons why we kept such lofty targets for our signature drive was to make sure we had a healthy margin.” “This buffer was intended to ensure that there would be no further legal challenges to South Dakota’s cannabis programs.”

However, a measure that will be on the ballot for the primary election next month presents a fresh obstacle to South Dakota’s efforts to legalize marijuana for recreational use. Future ballot initiatives would need 60 percent of the vote to pass under Amendment C if they enact a tax or call for state spending of at least $10 million in any of the first five years of enactment. If voters approve Amendment C in the primary election in June, it would take effect prior to the general election in November. It’s unclear what impact that would have on Initiated Measure 27.

On June 7, we must oppose Amendment C, stated Schweich. “Amendment C is a disgusting and vicious assault on the people of South Dakota’s constitutional right to vote on ballot initiatives. This complicated proposal, developed by Pierre, South Dakota’s capital, legislators, has the power to stymie the initiative process and potentially work against our 2022 cannabis legalization legislation. Politicians cannot get away with this, in our opinion.