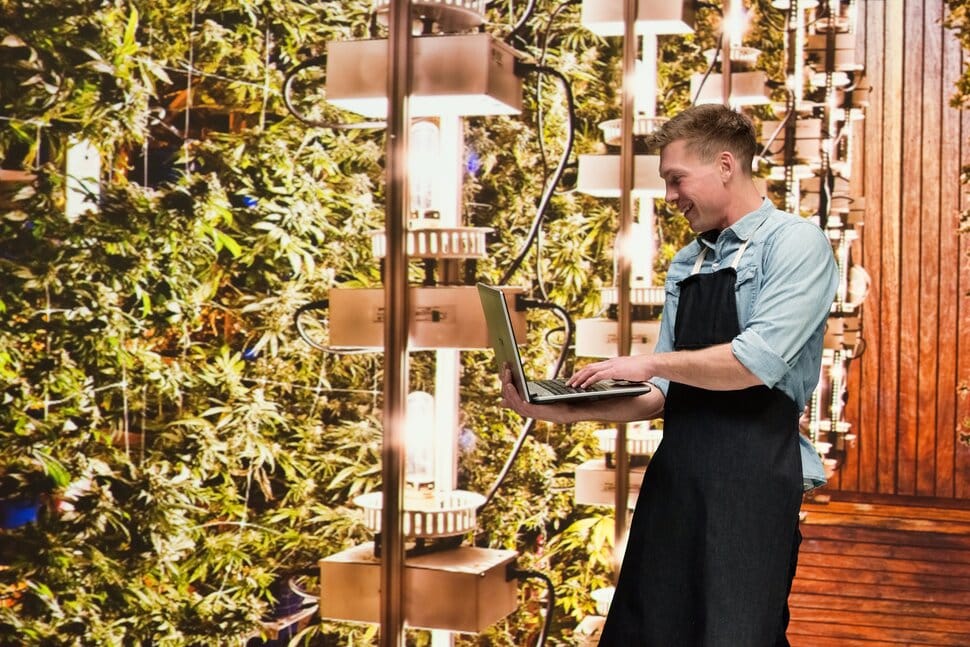 The struggle for federal legalization of marijuana in the United States has been punctuated by both victories and failures. As of now, medical marijuana is allowed in 38 states. A bill to legalize marijuana at the federal level for the second time in less than two years was passed by the U.S. House of Representatives in April. Currently, recreational marijuana use is permitted in 19 states, the District of Columbia, and Guam. Nevertheless, despite the fact that two-thirds of Americans say they now support legalization, neither of these initiatives has a majority in the Senate.

Due to the ongoing legal wrangling over cannabis, investment potential are hazy. Many investors are merely waiting it out, unsure of how the marijuana business will develop or even where it is at this moment.

These factors, according to some business insiders, “make the asset class itself very comparable to developing markets from an investor’s standpoint,” says Tim Seymour, portfolio manager of the Amplify Seymour Cannabis ETF (CNBS). Cannabis investing involves high growth and high risk, much to investing in emerging markets. Additionally, he adds that there are “significant constraints upon investing in the sector” and that there is very little liquidity.

Nine marijuana exchange-traded funds, or ETFs, continue to trade in the US despite these obstacles. Additionally, the $1.2 billion in assets under management for these ETFs. But that’s only a tiny portion of the whole. The market for cannabis is already worth more than $25 billion, and by 2030, it is anticipated to reach $176 billion. Over the course of this decade, that represents a compound annual growth rate, or CAGR, of 23.9 percent.

What are the current market trends for marijuana investors?

What are the chances of the legal marijuana market growing?

Which marijuana-related stocks and ETFs merit a closer look?

How Has the Landscape Changed for Cannabis Investors?

Will Hershey, co-founder and CEO of Roundhill Investments, claims that many potential investors in the marijuana industry wait for regulatory changes before making a move. According to him, it would be crucial for the Secure and Fair Enforcement Banking Act to pass. Despite having already passed the House six times, the bill hasn’t made much progress in the Senate, much like the federal legalization bill.

The SAFE Banking Act aims to eliminate federal fines for organizations offering banking services to businesses involved in the cannabis industry. According to Hershey, these American businesses may only interact in cash because cannabis is still illegal on a federal level.

One of the major financial challenges American cannabis entrepreneurs encounter is their inability to conduct business with banks. Representatives have been working to approve the SAFE Banking Act since Barack Obama took office because it has the potential to create a completely new area of investment and finance. However, even as an addition to the 2022 National Defense Authorization Act, the SAFE Banking Act failed to get widespread support in the Senate in May.

According to Hershey, this places American operators in “a sort of purgatory.” He continues that many of these operators “are interesting from a business viewpoint,” but if a U.S. pure-play cannabis firm is listed at all, it’s typically listed as an over-the-counter stock. As a result, the majority of plant-touching companies with U.S. locations do not yet have their shares traded on a major exchange, making them riskier and less liquid than those that do. For instance, some businesses that trade on the Nasdaq have headquarters abroad, especially in Canada.

Competition from illegal retailers, according to Arelis Agosto, a health care research analyst for fund provider Global X, is another issue that many legal marijuana businesses deal with. Agosto claims that it is easy: “Both cost and accessibility should be taken into account. You might decide to go to a dealer you used to before legalization if he or she is more convenient or less expensive.”

According to Seymour, “the illicit market is a significant issue right now and another reason why the sector is struggling in Canada and the United States.” Consumers frequently don’t even know whether the nearby dispensary is legitimate, he continues, adding eliminating the black market is “the largest challenge” that the recreational marijuana sector must face.

According to Agosto, the criminal market presents substantially less competition for medical marijuana businesses. In fact, she has noticed that pharmaceutical companies are already investing heavily in cannabinoids, or the more than 100 chemical components present in the cannabis plant.

What Are the Chances of the Legal Marijuana Industry Growing?

There is a lot of fear in the short term because to the challenges that marijuana investing is now facing, according to Seymour. He acknowledges that the apex of the cannabis boom market occurred in February 2021, immediately after the Georgia Senate runoff, when optimism was strong that a Democratic majority could advance cannabis legislation. In the last five years, Seymour claims that there have been three separate boom-and-bust cycles for the cannabis industry, all “driven by macro-excitement over legislation.”

For American investors, there might be more of these cycles to come until full federal legalization takes place. Even the Supreme Court stated that federal marijuana rules need to be reviewed because they are inconsistent and need to be clarified last year, but it is debatable whether or not this would be good or bad for cannabis investors.

According to Agosto, the availability of legal marijuana options is expanding in Germany and may spread throughout the rest of Europe and even to Canada. But there has been a general decline in purchasing prices along with growing adoption. Agosto notes that trading volume appears to be rising concurrently, which she speculates may be related to increased competition.

The “plant-touching U.S. cannabis names that have the most enticing characteristics,” according to Hershey. Because they were based in Canada, organizations like Tilray Brands Inc. (TLRY), Cronos Group Inc. (CRON), and other first-generation cannabis industry leaders were able to list on a significant exchange. Because they couldn’t access their American equivalents, many investors selected those Canadian businesses.

Hershey asserts, “It’s not just retail investors. Several institutional investors “cannot access these U.S. cannabis names,” according to the report. This indicates that a potential torrent of capital is awaiting the implementation of complete federal legalization, and Hershey thinks that if and when the U.S. reaches that stage, early investors may benefit.

When evaluating cannabis ETFs, investors should examine holdings in addition to fees. According to Seymour, not all are focused solely on the cannabis industry; some also control cigarette, pharmaceutical, and liquor businesses.

These industries may contribute to an individual ETF’s success in the current market climate, but investors who wish to own an ETF that is mostly constituted of marijuana plays should investigate the fund’s internals before making a purchase.