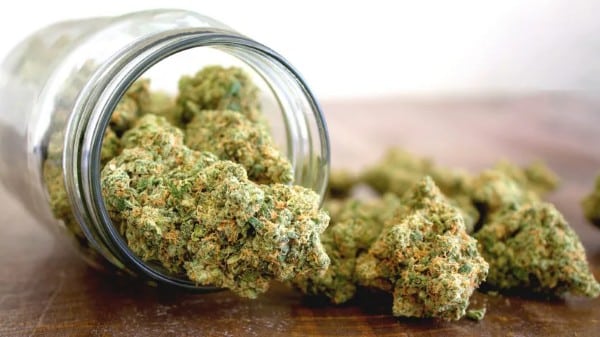 There is a tonne of misunderstanding and false information floating around when it comes to categorising cannabis varietals.
In order for consumers to know what they are eating, it is becoming more and more crucial for labels to be accurate as the acceptance of cannabis in all of its forms rises.

We shall examine the Sativa/Indica split and how it relates to hemp flower in this post. We’ll attempt to make everything as simple as possible because, as is frequently the case when discussing cannabis, thanks to developments in scientific study, things may get rather complicated rather quickly.

Let’s first look at what hemp is and how it differs from psychoactive cannabis, also known as “marijuana.”

Let’s start by making it clear that cannabis, the botanical name for the plant, is what both marijuana and hemp are. The majority of people really refer to cannabis that is high in THC, which is cannabis’ primary psychoactive component, as “marijuana.” However, the word “marijuana” has disastrous political and racist roots.

What exactly is marijuana?

The term “marijuana” is said to have originated as a slang term for a particular variety of wild Mexican tobacco, despite the fact that it is currently the most widely used name for cannabis in the United States. Between 1910 and 1920, when hundreds of thousands of Mexicans legitimately emigrated to the United States to escape civil war, they brought marijuana and cannabis with them.

U.S. officials, most notably FBI agent Harry Anslinger, began referring to cannabis with the more Spanish-sounding slang term “marijuana” or “marihuana” in an effort to dehumanise and punish Mexicans.

Cannabis known as hemp has minimal THC content (less than 0.3 percent is allowed by law) and has historically been produced for its fiber-rich stalks and nutrient-rich seeds. To distinguish hemp from the THC-rich cannabis that people have historically smoked, the term “hemp” is actually a legal one.

But during the past few years, interest in and demand for CBD have increased. And because there is no cap on this specific cannabinoid, growers have started growing hemp that contains high levels of CBD. The majority of CBD-rich hemp is converted into oils and salves, while a rising number of farmers are increasingly growing hemp specifically for smoking.

The main difference between hemp produced for smoking and THC-rich cannabis now is the cannabinoid profile. In the past, hemp was tall, stringy, and seedy. Which brings up the lucrative hemp flower market.

As was already noted, hemp is currently being grown for smoking, exactly like conventional cannabis with a high THC content. This indicates that there is a significant demand for the flower or bud, which is where cannabinoids are created.

As a result, there has been an increase in the availability of premium, expertly-tended, CBD-rich hemp flower at vape and head shops across the nation as well as in various online stores. The buds can have the same appearance, flavour, and aroma as cannabis with high THC levels that you might find at shops. Hemp flower doesn’t have the same intoxicating effects as these buds, though.

It would be incorrect to argue that hemp flower has no psychedelic properties, but the effects are much less cerebral. Hemp flowers are often used by users to get a body high and feel peaceful or relaxed.

Information on sativa and indica

Let’s debunk another widespread misconception about cannabis now that we’ve dispelled the one about the difference between indica and sativa strains.

The International Cannabis and Cannabinoids Institute’s (ICCI) Director of Research and Development, Dr. Ethan Russo, is a renowned scientist and a pioneer in the cannabis industry. He has this to say about the subject: “There are biochemically distinct strains of Cannabis, but the sativa/indica distinction as commonly applied in the lay literature is total nonsense and an exercise in futility.”

where sativa and indica came from

The words indica and sativa were first used in the 18th century, despite the fact that cannabis has been grown for thousands of years (as far back as 8000 BCE). The Latin botanical adjective “sativa” denotes cultivation. Carl Linneaus gave the name “Cannabis Sativa” to low-THC plants that were produced for fibre and seed in western Eurasia and Europe.

Cannabis Indica refers to psychoactive strains that were first found in India, where it was grown for religious rituals and for its seeds, fibre, and pollen (hashish).

Dr. Russo therefore advises that “since the taxonomists cannot agree, I would strongly encourage the scientific community, the press, and the public to abandon the sativa/indica nomenclature and instead insist that accurate biochemical assays on cannabinoid and terpenoid profiles be available for Cannabis in both the medical and recreational markets.” No less is required for public health and scientific truth.

Then, is hemp flower an indica or sativa?

The definitions given above indicate that hemp flower belongs to the Cannabis Sativa genus in general.

Although there has undoubtedly been some cross-breeding over the years, the two distinctions have very little practical meaning, therefore neither hemp nor cannabis can really be described using these terminology.

Ruderalis, what about it?

Have you just about processed everything? Good. Let’s now introduce a different strain of marijuana, simply to keep things fresh.

Say hello to Cannabis Ruderalis, a wild strain of cannabis that can be found in Central/Eastern Europe and the northern parts of Asia. Cannabis Ruderalis has adapted to its habitat by flowering automatically after 21–30 days of vegetation because the shorter growing seasons in this region of the planet. (Other cannabis strains need 12 hours of darkness followed by 12 hours of light before they begin to blossom.)

This auto-flowering characteristic has recently been introduced into premium cannabis cultivars grown for smoking as a result of cross-breeding. As a result, despite the light cycle they are under, cannabinoid-rich plants mature swiftly and blossom automatically.

How should cannabis be categorised?

How should we define and classify cannabis now that the sativa vs. indica debate is over?

This is likely the best course of action because a cannabis strain’s effects are determined by its chemical composition, which includes cannabinoids, terpenes, flavonoids, and more.

There is unquestionably a need for classifications based on cannabinoid content, including those for cannabinoids that can be promoted during cultivation, such as those that are THC-dominant, CBD-dominant, THC and CBD mixed, THCv-dominant, CBG-dominant, and others.

The concentration of various terpenes can significantly affect the effects a certain strain produces, so it’s possible that terpene content should also be taken into consideration. For instance, the ubiquitous monoterpene myrcene, which is contained in cannabis, has a potent sedative and couch-lock effect. On the other hand, limonene, which is also present in citrus peels, elevates mood.

Whatever classification is given to cannabis in the future, it will undoubtedly be more accurate than the pointless sativa/indica split.

Therefore, despite the widespread belief that modern smokable hemp flower is primarily derived from the Cannabis Sativa family, this knowledge is not what most people believe it to be today.

The truth is that cannabis varieties are much more complicated than previously believed and have a wide range of overlapping traits, which are becoming increasingly diluted as a result of constant crossbreeding.