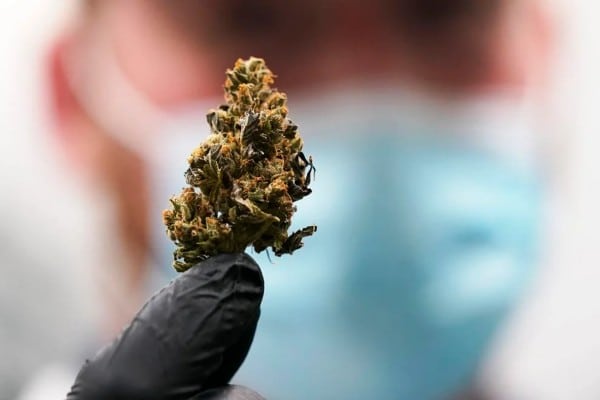 Health care professionals are treading carefully when discussing the influence on Mississippi medicine and whether they will really prescribe marijuana as the state’s medical cannabis industry marches slowly toward the day when doctors can begin writing prescriptions for the drug.

Despite a statute legalizing medical marijuana being passed by the Legislature this year, the program won’t start in full force until at least later this year. Growers and suppliers are acquiring licenses and establishing their businesses between now and then, and the Mississippi State Department of Health is still outlining the policies and guidelines controlling the program.

During this period, doctors are furthering their education on medicinal marijuana use and, in particular, the operation of the Mississippi program.

Many are also deciding whether or not to prescribe it.

Nearly two dozen specialists, doctors, and clinics in Northeast Mississippi were contacted by The Daily Journal to get their opinions on the procedure. Multiple attempts to contact many of them resulted in no response. Some people said they wouldn’t comment. This is what we discovered.

When discussing medical marijuana in public, large healthcare organizations exercise considerable caution, including forbidding their doctors from speaking to the media.

Numerous doctors working at Northeast Mississippi Medical Center specialize in a wide range of specialties, including neurology, oncology, and hematology. Although no doctors were available for interviews, spokesperson Morgan Burger Roe told the Daily Journal that the health system is monitoring information when it is made public by the state.

“She made this declaration in a written statement sent via email. “Our leadership, including physician leaders, are now studying the information and taking part in education sessions relevant to the new law, the supporting rules, and experiences from other jurisdictions,” she said.

Physician interviews were similarly rejected by Baptist Memorial Hospital in Oxford; instead, a statement was provided to the Daily Journal.

According to a statement from the hospital, “Baptist Memorial hospitals follow all applicable regulations surrounding pharmaceutical use, and our doctors dispense medication in accordance with our medical staff policies, best practices, and as medically necessary.” Our top objective is to provide patients with high-quality, secure care.

Although a neurologist recommends it, they won’t prescribe it
Most qualifying medical disorders can be managed by a neurologist. Neurosurgeon William Owens of Midsouth Neurology in Corinth said he intended to use the medication in his practice, but only through referrals.

I will include it into my work, but I won’t be a prescriber, he declared. “I support it without recommending it. It will be excellent for treating sleeplessness and serving as a pain reliever in addition.

Given that the majority of diseases qualify due to some type of pain or sleep disturbance, Owens stated that he thought referrals would be the technique taken by most neurologists in the state. He claimed that sending patients to a pain or sleep facility in similar situations is common procedure in his field.

It will be fascinating to see if neurologists agree on prescribing vs referring patients, he said. Most neurologists, in my opinion, won’t recommend medical cannabis.

A fourth of the state’s doctors, according to Owens, will become authorized to administer the drug, but he “foresee(s) a significant demand” for patient IDs.

Optometrist in retirement is a fervent supporter of medical marijuana

He declared, “This was without a doubt the best and most significant meeting I’ve ever attended. I gained a lot of knowledge about addiction in general and marijuana use.

Wesson claimed that the cancer diagnosis of a friend was the tipping point in his thinking towards medical marijuana. He claimed that up until their doctor’s recommendation of cannabis, which was illegal at the time, nothing had helped the friend. Wesson claimed that his friend’s use of medical marijuana while suffering from a terminal illness had a noticeable impact on his friend’s quality of life. He expressed his expectation that more people would receive assistance once the state adopted it.

If other treatments aren’t treating a patient, try it and see if it helps, is his advise to other doctors who are wary about using medical cannabis. Wesson pointed out that marijuana was a safe substitute for other, riskier medications.

He claimed that it had many advantages over opioids, including fewer addictions, fewer fatalities, and negligible adverse effects.

Wesson responded that he initially did not anticipate many practicing doctors to use medical marijuana but that the number would rise as doctors become more at ease with using it.

“There won’t be many doctors, but it will be approved medically in five years,” he predicted. “It will take some time. Both views and time must evolve. (Medical cannabis) offers significant therapeutic value.

Fred Watershed, an optometrist, claimed that after conversing with Wesson, a former business associate, he was persuaded to support medical cannabis.

Mothershed declared he intended to enroll in the state’s continuing education program and apply to become a medicinal marijuana prescriber. Though he expressed curiosity in the state’s procedure, he claimed that unless patients specifically want it, he does not anticipate frequently prescribing medical cannabis to his patients.

Despite not expecting to use it much, he remarked, “It is something I want to do.” There is no question that medical marijuana will benefit a lot of people who are suffering from pain.

The single ailment unique to optometry is glaucoma, one of the 24 qualifying disorders listed by the state. While Mothershed claims that several of his glaucoma patients confided in him about using cannabis to control their symptoms, he claimed that it was impractical to use cannabis as a treatment for the condition and that it could not be used in place of other prescription medications or surgery.

According to him, medical marijuana might be used to treat glaucoma, but a patient would need to take it seven to eight times each day. Even supplementally, I don’t anticipate that to happen frequently.

“I’ll make a guess and say that I most likely won’t ever use it for glaucoma. Patients with fatal conditions or persistent pain can benefit from it, nevertheless.