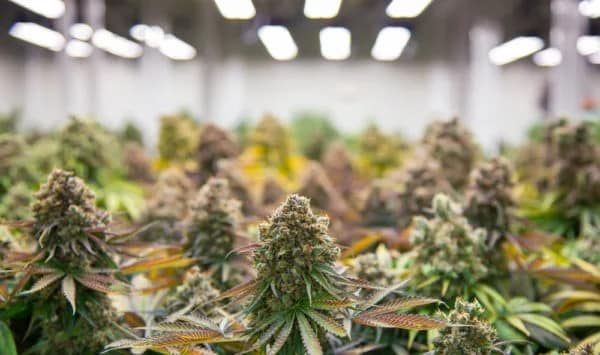 Although there has been much discussion in the media about the legalization of the sale of cannabis for recreational purposes, legal services provider Cliffe Dekker Hofmeyr says South Africa should not be overlooked as a major worldwide player in the medical cannabis industry.

In addition to having favorable environmental conditions and low labor costs that lower the cost of agricultural production, South Africa has a history of agricultural process innovation, medical innovation, and strict quality control requirements for medical cannabis licensing, the company said. This makes it an ideal location to serve the global medical cannabis market.

The main focus of local production has been on extracts and raw cannabis flower for export to international markets as large-scale active medicinal components. As pharmaceutical product development pipelines move closer to worldwide commercialization, demand is expected to rise.

The Presidency on May 27, 2022, released the most recent form of the Country Investment Strategy (CIS) for public feedback. In this document, cannabis is acknowledged as a recognized and globally traded agricultural product.

But according to the CIS, the state continues to view the commercial cultivation of cannabis for recreational use as a highly ambiguous value proposition, both nationally and globally, requiring significant institutional and legislative change.

“Taking into account South Africa’s agricultural competitiveness profile, the CIS comes to the conclusion that cannabis grown and processed for medicinal use is the most viable competitive sales channel to pursue at an industrial scale and that capabilities developed for medicinal production can be quickly deployed to service recreational demand from both local and international markets.

In light of the aforementioned, the CIS suggests that the state allow for the completion of a single cannabis regulatory framework focused toward industrialization for export, with a concentration on the therapeutic value chain. remarked Cliffe Dekker Hofmeyr.

“In light of this, what is being prioritized is the development of a supportive legal framework that both streamlines export-scale production and opens up access to the domestic market through clear, sensible regulation of medicinal cannabis coupled with investment mobilization and enabling activity by the state,” the statement reads.

Cliffe Dekker Hofmeyr stated that despite these most recent developments, commercial medical cannabis is already legally permissible under the rules in place.

It does, however, have some drawbacks, expenses, and pitfalls, which is why we need a legal system that is more streamlined and supportive.

The state agency in charge of policing the medical cannabis industry in South Africa is called SAHPRA. In accordance with section 22C(1)(b) of the Medicines and Related Substances Act 101 of 1965 (the Medicines Act), SAHPRA issues licenses that permit the production, manufacturing, extraction, testing, importation, exportation, and distribution of medicinal cannabis while ensuring that SAHPRA has the necessary control over these activities.

“However, permits for these operations are only granted when applicants have built fully compliant facilities for cultivation, processing, extraction, or testing and have undergone a rigorous quality control and security assessment from SAHPRA. The aforementioned requirements, together with others set forth by SAHPRA (including pre-negotiated off-take agreements or letters of intent), sadly necessitate a sizable outlay of capital before a section 22C license can be issued.

South Africa is a member of the renowned Pharmaceutical Inspection Co-operation Scheme (PIC/S), which ensures that products are consistently produced and controlled to the quality standards appropriate for their intended use and as required by pertinent international marketing authorizations or product specifications, with regard to the quality control aspect of manufacturing medical cannabis.

The requirements of the South African Guide to Good Manufacturing Practice (GMP), which includes the following, are followed during SAHPRA audits:

Pharmaceutical items should follow the PIC/S Guide to GMP for Medicinal Products – Part I.

For the manufacture of Active Pharmaceutical Ingredients, see Part II of the PIC/S Guide to GMP Medicinal Products.

Cliffe Dekker Hofmeyr noted that a section 22C license does not automatically grant the bearer global GMP status and that a separate application, which can be made through SAHPRA, is necessary.

“Due to this strict level of quality control, medicinal cannabis produced in South Africa under licensed circumstances is among the greatest quality in the world, delivering a compelling value proposition in international markets,” the statement reads.

the price of producing

However, the firm noted that stringent adherence to GMP standards during the cultivation stage does result in an elevated cost.

The firm added that additional work needs to be done to ensure that stringent adherence to standards like GMP does not continue to act as a barrier to entry if small, medium, and large-scale open-field, rural producers are to be included in the growing side of the medical cannabis value chain.

This is particularly true of production processes for single-molecule extracts, which do not need that cannabis be grown exclusively in climate-controlled indoor or greenhouse environments.

entry to the market

Through the provisions of section 21 of the Medicines Act, patients domestically have access to unregistered medical cannabis products for therapeutic purposes.

According to Cliffe Dekker Hofmeyr, this procedure has been greatly simplified and can be finished by the qualified medical practitioner submitting online.

The section 21 approach mentioned above, however, “may be viewed as a stop-gap measure until certified cannabis medicines become more widely used locally and are made available for prescription by pharmacies across the country.

According to the company, this would also include the completion and domestic registration of medical cannabis products.