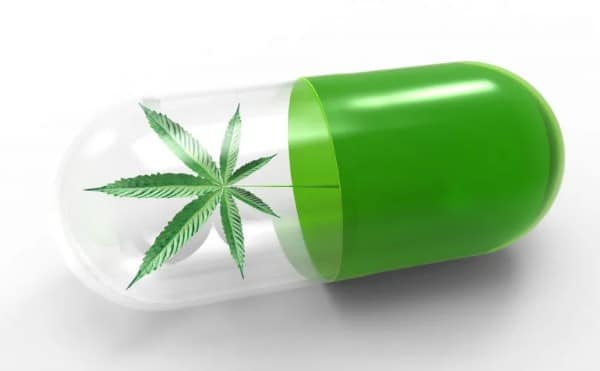 Numerous medical conditions, such as spastic disorders, neurodegenerative illnesses, wasting away disorders, anxiety, microbiological diseases, sleep problems, blood pressure and blood sugar regulation, and others are discussed as possible benefits of cannabis use. One of the more intriguing areas of study is cancer, where a new study has revealed that certain cannabis chemicals can really destroy cancer cells.

Cannabis is an effective tool for both therapeutic and recreational purposes. Having your preferred product is crucial, whether you’re using the perfect combination of cannabis chemicals to treat cancer or simply unwinding after a long day at work. Many people prefer using delta-8 THC to delta-9 since it has fewer euphoric effects, less anxiety, and less couch locking. Therefore, delta-8 is frequently the first option for people looking to treat a problem. We provide a variety of delta-8 THC discounts to get you started, whether you’re a medical patient or just want to relax. We support this more recent brand of THC.

Recent studies on cannabis and cancer

Although the notion of using cannabis as a cancer treatment has been around for a while, acceptance in society is frequently gradual. As a result, the evidence for cannabis’ ability to treat cancer has been developed over many years, and a recent study has revealed that certain cannabis plant parts have the capacity to eradicate cancer cells. Although it isn’t currently a medical requirement, this most recent study is significant evidence in the ongoing discussion over cannabis and cancer.

Specific Cannabis sativa Compound Compositions Have Cytotoxic Activity and Inhibit Motility and Colony Formation of Human Glioblastoma Cells In Vitro, according to a study released in March 2021. In order to combat glioblastoma multiforme cells (GBM), a kind of brain cancer, the study examines the effects of several cannabis fraction combinations. While it has been proven that specific phytocannabinoids can cause the death of these cells, determining the precise ratio of cannabinoids for the best benefits is more difficult and is currently being researched.

The name “phytocannabinoids” rather than “cannabinoids” is used since this study particularly examines substances derived from un-decarboxylated plant material. The chemical process of decarboxylation, which is typically accessed through heat, causes a molecule to shed a carboxyl group and change into another one. The process by which THCA is decarboxylated to produce THC is the one we are most accustomed to. A phytocannabinoid is THCA, while THC is a cannabinoid.

In this particular study, published in March, the researchers found specific cannabis strain fractions that are particularly effective at lowering the viability and motility of GBM cells in humans. In other words, they weaken the survival and mobility of cancer cells. The particular cannabis fractions reduced the capacity of the cancer cells to form colonies in both two- and three-dimensional models, in addition to inhibiting viability and motility.

According to this research, cannabis treatments may be able to prevent the development of these GBM neurospheres, making treatment that much more feasible. These colonies are linked to a higher resistance to currently available medical treatments. Consider the colonies that bacteria like MRSA establish and how challenging it is to eradicate them due to biofilms. This is a similar idea, therefore accessing these cells will be equally challenging.

In addition to what was just discussed, the same chemicals were also effective at eliminating glioma stem cells isolated from tumor tissues, supporting the notion that cannabis compounds can eliminate cancer cells. The efficiency of the fractions and combinations of cannabis chemicals should be investigated in GBM pre-clinical research and clinical trials, according to the study’s investigators. This study emphasizes how crucial it is to combat cancer with the right plant component.

Is GBM really that bad?

Yes, it is, in fact. Glioblastoma, a particular type of cancer, accounts for 47.7% of occurrences of malignant brain tumors, making it the most prevalent type. The incidence of glioblastoma is 3.2 per 100,000, and this type of aggressive brain tumor spreads very quickly. While this cancer typically doesn’t infect surrounding brain tissue, it can spread to distant regions. GBM requires rapid care since, if untreated, it can cause death in as little as six months.

These tumors are particularly challenging to treat because of their localized, challenging-to-reach locations, resistance to standard treatments, inability of the brain to adequately repair itself, damage to nearby brain tissue, tumor leakage that causes fluid to collect around the tumor and intracranial hypertension, disrupted blood supply that makes treating the tumor more challenging, seizures brought on by the cancer, and neurotoxicity of standard treatments.

These cancers are difficult to survive and have a high fatality rate. Typically, just 17 percent of patients survive the second year following diagnosis compared to roughly 40 percent in the first. Different MRI scan types can be used to diagnose the tumors, and chemotherapy, radiation therapy, and surgery are typically used to treat them. Radiation and chemotherapy are required since it is nearly hard to completely remove the tumor during surgery due to the malignant cells’ invasion of neighboring cells. The procedure is typically performed as a craniotomy, which involves opening up the skull. Because surgeons must be careful not to remove any pieces that could endanger the patient’s brain, this may occasionally be done while the patient is awake.

Radiation is the next stage of standard treatment after the surgical site has healed and is intended to kill any remaining tumor cells in the brain. This harms not just healthy brain cells but also cancerous and damaged brain cells. It should be noted that prior therapeutic radiation is one of the risk factors for developing a glioblastoma. This means that radiation from other cancer treatments as well as the cancer itself can induce glioblastoma. creates some uncertainty when considering how to handle it.

Additionally, some individuals receive chemotherapy in the form of the medication temozolomide. This medicine is administered for six cycles, each lasting 28 days, following radiation therapy. The fact that this medication is only administered for the first five days of a cycle and then given a 23-day break should give you an indication of how extreme it is.

Should we anticipate cannabis curing cancer?

The ability of cannabis to treat cancer in various ways is one of the most significant medical results involving the drug. Killing cancer cells is one thing, but preventing the wasting brought on by cancer treatments—as well as HIV and other conditions or medications that affect a person’s capacity to eat—is quite another. Additionally, it is linked to helping lessen the pain brought on by certain types of cancer or their therapies. It can assist with the nausea and vomiting that come along with cancer or its treatment. Finally, it can aid in the body’s recovery from the harm caused by various diseases and therapies.

The capacity to eliminate cancer cells safely and with minimal damage is undoubtedly the most crucial of these. Additionally, there is evidence to suggest that cannabis may be effective in destroying a variety of cancer cells when considering cannabis and cancer in general. Consider GBM, which are aggressive brain tumors that are currently responding well to a particular cannabis mixture. However, there is already evidence that cannabis may be helpful in treating other malignancies. In reality, the referenced study has demonstrated that there is good cause to expect that almost any cancer may respond to the proper cannabis treatment.

Skin cancer is one of the specific types of cancer that cannabis has been demonstrated to be helpful against, as well as the discomfort related to these malignancies. Given the expanding body of studies to support the effectiveness, millions of funds have already been designated for research on brain cancer in both children and adults. Additionally, it has been proven useful in treating melanoma patients, prompting Cannabics Pharmaceuticals to create unique anti-tumor therapies for those individuals.

But Cannabics has gone a step further, announcing this year the publication of research findings for the medicine RCC-33, which the business created as a treatment for colorectal cancer. Cannabics has submitted patent applications for proprietary therapies for a number of other types of cancer, which gives an idea of how strongly the business feels cannabis can be used to fight various illnesses.

Even though I could write ten articles regarding the studies on cannabis and cancer, I’ll close this part with a story that will tug at your heartstrings and demonstrate the need for these drugs. A few years ago, it was revealed that Dr. William Courtney of the Cannabis International Foundation used CBD oil applied to a pacifier to assist a father in curing the cancer in his eight-month-old child. This child “is not going to have the long-term negative effects that would occur from a really high dose of chemotherapy or radiation,” Courtney said in response.

The claim that “cannabis helps with cancer” can now be made more openly, even though we don’t often make such claims in the medical community. No matter how long it takes for this to become widely known, the passage of time will not diminish the plant’s effectiveness in treating cancer. Since many people may need this assistance, let’s hope acceptance begins to move more quickly.

It’s thought that with only a little more research and development, cannabis medicines could soon be the first ones given to cancer patients as research into the topic is gaining tremendous traction and more and more patients are reporting beneficial outcomes from using them. It may not be possible to make medical claims, but it appears that cannabis can eradicate cancer.