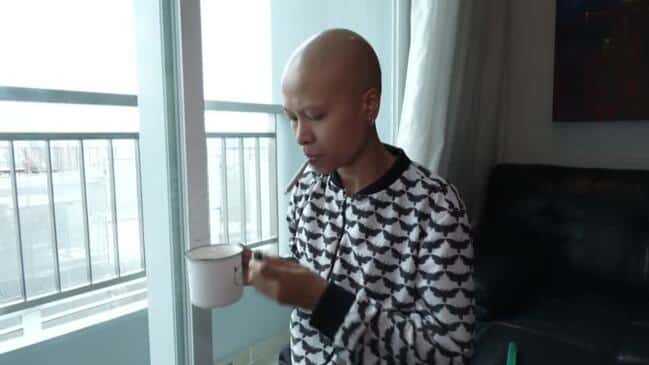 STORY: “Bee,” as she is known, is one of the Thai people who is ecstatic with the government’s decision to remove it from the list of illegal drugs. She used to smoke marijuana occasionally, but she now makes an infusion and has been using cannabis oil for the past three years to treat the pain and anxiety brought on by her cancer.

Because the adverse effects are milder than those of commercial medications, the 42-year-old claims that it is also useful in treating the exhaustion, insomnia, nausea, and appetite loss brought on by the chemotherapy she began in January.

In 2018, Thailand, which has a history of using cannabis to treat pain and exhaustion, legalized its usage for medical purposes. As the first Asian nation to legalize marijuana cultivation and its use in food and beverages, Bee and other users will now be able to obtain consistent, high-quality supply for less money.

Before, finding cannabis may be difficult.

“You may occasionally lose money to the dealer since the authorities may have detained them on route. You don’t need to lose money any more. There are occasions when someone will deceive you about something (cannabis), “Bee makes the infusion by boiling the dried plant material and shredding it, filling her one-bedroom flat with the pungent aroma.

Because she was unsure of the potency of the cannabis she acquired and how to customize the amount for herself because this varies across persons, Bee said she previously felt like a “lab rat.”

Before the change, buying marginally more dependable foreign cannabis buds was also expensive and might cost up to 700 baht ($20). According to Bee, prices are currently at 350 baht ($10) per gram.

There is still uncertainty regarding how cannabis can be used legally because Thai politicians are still considering a draft cannabis regulation bill. A draft measure is being debated in parliament, but it will still be months before it is passed into law. The federal government has started adopting ad hoc regulations in an effort to regulate cannabis use after decriminalizing it.

“You must have education and study the proper use of it. Otherwise, it could cause harm and even be dangerous “claims Bee.

However, it is against the law to smoke marijuana in public and it is also prohibited to possess and sell cannabis extracts that contain more than 0.2 percent of the psychoactive compound tetrahydrocannabinol (THC). It can also be prohibited in schools, among other limitations. Retailers must now give customers explicit information about the use of cannabis in food and beverages.

Thailand has previously expressed the hope that legalizing marijuana cultivation and its use in food and beverages will benefit the agricultural and medical research sectors of the economy.