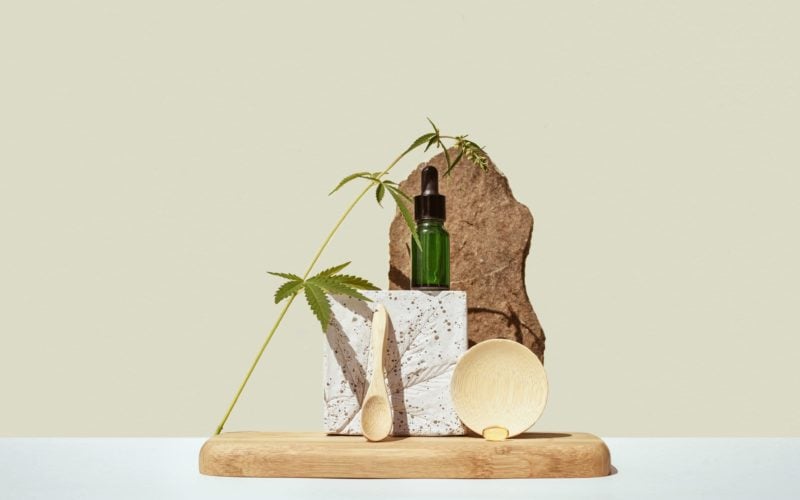 Anxiety is a typical response to the experience of stress that is subjective, as in “performance anxiety.” It might happen when one associates thoughts and sensations from the past or future with anticipation of the present. Although anxiety might be regarded as a normal aspect of existence, persistent or chronic anxiety can significantly impair a person’s quality of life. In reality, both short-term and long-term physiological alterations can be caused by such interference. Nearly two out of every ten Americans, according to estimates, have an anxiety problem.

When underlying physical causes of anxiety are missing, doctors frequently recommend pharmaceuticals (such as antidepressants or anxiety medications) or psychological treatment. Pharmaceutical anti-anxiety drugs can have adverse effects that range in severity from minor to lethal. Before beginning such a regimen, it is advisable to conduct a thorough risk-versus-benefit analysis.

The Research on Cannabis and Anxiety

Despite extensive scientific investigation into the relationship between cannabis use and anxiety in pre-clinical and clinical settings, the science of cannabis-based therapeutics for the treatment of anxiety disorders is still in its pre-clinical stages and has largely produced negative, inconclusive, mixed, or contradictory results. This is most likely a result of researcher bias or worries about working with THC, including its potential to cause negative effects when administered in the wrong dosages or forms, the relatively low but present potential for addiction, or its risk to various more vulnerable cohorts, such as adolescents, pregnant women, or patients who are susceptible to developing psychosis, for example. The same is not true for the usage of cannabis essential oils or CBD-based medications, where multiple research investigations have provided us with more useful advice. Only randomized clinical trials that have specifically looked at the impact of altering endocannabinoid system (ECS) components in the treatment of anxiety are reviewed here.

During a routinely anxiety-inducing neurological imaging technique, a team of Brazilian researchers (2004) recruited 10 healthy volunteers to investigate the effects of oral administration of a single dosage of 400 mg of CBD or a placebo. Results show that CBD may have anxiolytic effects. According to the scientists, limbic and paralimbic brain regions were impacted, mediating the therapeutic effects of CBD.

A different, comparable study design was used in Brazil (2011), with 10 test individuals. This time, during a standard anxiety-inducing brain imaging procedure, 10 patients with generalized social anxiety disorder (SAD) were given a single dosage of 400 mg of CBD or a placebo. Additionally, in this situation, compared to a placebo, CBD was linked to a significantly reduced sensation of anxiety.

One and a half hours before a simulated public-speaking test, 24 patients with generalized social anxiety disorder (split into two groups) received an oral dose of 600 mg of CBD in yet another study from Brazil dated 2011. The levels of anxiety, cognitive impairment, discomfort, and alertness were higher in the placebo group. In stark contrast, the group consuming CBD experienced much lower degrees of anxiety, cognitive impairment, discomfort, and alertness during their anticipatory speech.

A group from Israel and Brazil (2018) used 57 healthy males (split into four groups) to administer oral pharmaceutical versions of CBD at doses of 150 mg, 300 mg, 600 mg, or placebo before a simulated public-speaking test, and their findings corroborated those of the earlier studies. Researchers measured physiological data, such as blood pressure and heart rate, as well as data from a subjective Mood Scale. The pretreatment with 300 mg of CBD dramatically decreased anxiety during the speech, according to the results. The fact that the most effective dose in this situation is 300 mg (rather than 150 or 600 mg) suggests a particular, limited dose-dependent therapeutic window.

37 teenagers with social anxiety disorders were treated with a single dose of 300 mg of CBD by a Japanese research team in 2019. Results showed that CBD considerably reduced anxiety, and as a result, it might be a good option for treating social anxiety.

A deep sense of relaxation and homeostasis is produced when the right kind of cannabis is used, tailored to each person’s needs (or preferences), and administered in the optimal form and dose. Cannabis can thus create a mental state that makes it simpler for difficult emotional content to surface without often igniting significant reactions.

Cannabis is renowned for its ability to lessen persistent negative emotions (fear, worries, or wrath) and replace them with a kind disposition, an easy smile, and a more upbeat outlook, all of which have been shown to assist our inherent capacity for self-healing.