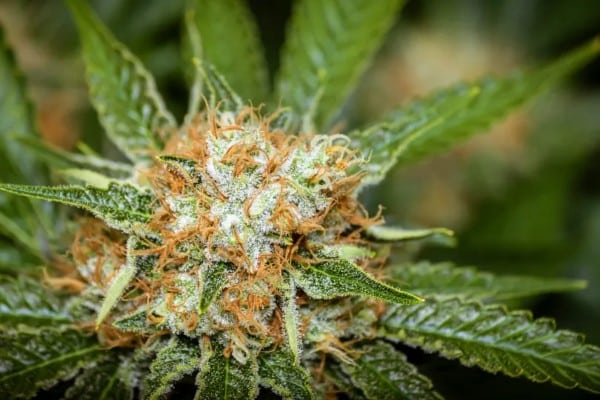 Most plants contain terpenes, which are chemical molecules that give them their distinctive smells and odors. They are the reason pepper smells so sharp and peppery, while they give lavender its powerful floral perfume. Cannabis also contains a lot of terpenes, which is why marijuana has such a lovely and intoxicating aroma. Terps, which are less well known, also have a role in the effects that cannabis has on us. Consumer products place a lot of emphasis on cannabinoids, but without terpenes, cannabis wouldn’t be able to give us the same high or provide us with all of the myriad health advantages it is renowned for.
One of the greatest and safest ways to relieve pain is using cannabis. It’s all-natural, and the plant contains a variety of different components, including terpenes and cannabinoids, which all work in different ways to lessen the sensations of pain.

A vast variety of plants, including herbs, trees, flowers, and fruit, produce terpenes, a very big and diverse family of organic molecules. They are produced in cannabis by the same glands that also secrete some of the most well-known cannabinoids, such as THC and CBD, but their functions and effects are very different. Terpenes are fragrant plant oils that can be mixed with other plant substances to produce an infinite variety of flavors and fragrances. Terps work as a defense mechanism in nature by repelling herbivores that are put off by the odors and by luring predators and parasites that prey on herbivores.

Terpenes are hydrocarbons in nature and make up the majority of rosin, a waxy sap that the cannabis plant produces and develops throughout the course of its lifetime. Although there are curing procedures that can enhance the terpenes’ final quality and content, climate, weather, age and maturation, fertilizers, soil type, and light cycles also have an affect on their formation.

Terpenes, not classification (sativa/indica), are what differentiate the affects and flavors of a strain of cannabis. Some terpenes, like those in lavender, are calming, while others, like the many terpenes in citrus fruit, are energetic. Some have fruity aromas, others piney or musky. Numerous variations are possible. Cannabis plants alone contain approximately 100 distinct terpenes, and each strain often has its own special combination and makeup.

Terpenes have long been known to have significant medicinal potential, and as they can be found in a wide variety of legal plants, some of the more prevalent ones, such as limonene, pinene, and caryophyllene, have undergone more comprehensive research. To ascertain the degree of their therapeutic effects when mixed with other cannabis plant components, additional research is required.

The most recent research on this topic was an article titled “Cannabis sativa terpenes are cannabimimetic and selectively improve cannabinoid action” that was published in Scientific Reports in April of this year. Cannabis terpenes were discovered by researchers to be efficient at reducing pain without causing an increase in unfavorable side effects. And it was true both for their solo and combined use with other cannabinoids.

It was unexpected in a manner, according to Dr. John A. Streicher, research leader and professor of pharmacology at the University of Arizona College of Medicine. We didn’t necessarily anticipate terpenes, these basic chemicals that are present in a variety of plants, to have effects resembling those of cannabinoids, despite the fact that this was our initial premise.

The mice’s behavior research demonstrated that various distinct terpenes, both alone and in combination with cannabinoids, were capable of lowering body temperature and reducing pain perception. According to the study, “terpene/cannabinoid interaction in managing pain” was demonstrated when terpenes and WIN55,212-2 were mixed. This was in contrast to when either the terpene or WIN55,212-2 was used alone.

The effects of mixing terpenes and opioids for the treatment of cancer-related pain are a major focus of Dr. Streicher’s study. His long-term objective is to “develop a dose-reduction strategy that uses terpenes in combination with cannabinoids or opioids to achieve the same levels of pain relief with lower doses of drugs and fewer side effects,” which are generally recognized as safe by the U.S. Food and Drug Administration.

Though every plant terpene has advantages, some are more or less ineffective at alleviating pain than others. Choose products and flower strains that are high in the following terpenes if you’re seeking for pain relief:

Caryophyllene, also referred to as the spicy terpene, is the main flavoring component in spices like pepper and cloves. It is present in several popular strains of cannabis, including bubba kush, sour diesel, and chemdog, and gives the plant a strong, earthy, tangy flavor. Caryophyllene successfully reduced pain perception in mouse tests by stimulating the CB2 receptors. Caryophyllene was also discovered to be a very powerful anti-inflammatory. The ideal vaping temperature for caryophyllene products is 266 oF, or 130 oC.

The most prevalent terpene discovered in cannabis plants is myrcene, which has a musky, herbal scent. The myrcene terpene is present in rather high concentrations in about 40% of the strains currently available. One of the many potential health advantages of myrcene is pain reduction. Early animal experiments have revealed that it has powerful anti-inflammatory and muscle-relaxing properties. Numerous goods include myrcene, which vaporizes at 332 °F, or 167 °C.

One of the more well-known terpenes is limonene. It is, as its name implies, the main flavoring ingredient in citrus fruits including lemons, oranges, and limes. The sweet, fruity flavor that many consumers adore is given to some strains by the terp. A well-researched anti-inflammatory, antioxidant, and antibacterial compound, limonene. Additionally, limonene has been shown in numerous trials to have antihyperalgesic properties, making it an effective treatment for neuropathic and musculoskeletal pain. At 348 °F (176 °C), limonene vaporizes.

Linalool – Linalool-dominant strains have a distinctive and incredibly pleasant flavor that is floral, zesty, and fresh. Linalool is thought to be sedating and soothing, which can help with pain as well as any accompanying despair or anxiety. Although this terpene hasn’t been studied as much as some others, preliminary study suggests that it may have anti-inflammatory properties. At 388 °F or 198 °C, linalool vaporizes. It has also been found to have anesthetic qualities as a result of lowering spinal cord cell excitability.

In case you missed it, terpenes’ anti-inflammatory effects play a major role in how they assist people manage pain. One of the many defense mechanisms the body has in place to assist prevent harm is inflammation. Inflammation can be brought on by a variety of immunological irritants, including wounds, infections, and damaged cells. Since inflammation is the body’s response to infection, people frequently mistake its symptoms for infections.

According to Dr. Robert H. Shmerling, medical editor of Understanding Inflammation from Harvard Health Publishing and an associate professor of medicine at Harvard Medical School, “the saying too much of a good thing applies to most of life, but especially to inflammation.”

“People believe that inflammation must always be suppressed, however it is crucial for healing and injury repair in order to keep your body safe and healthy. Inflammation can be beneficial. Too much is frequently bad. Recognizing when inflammation is merely carrying out its function versus when it may be problematic is the aim.

One of the most prevalent signs of inflammation is pain. Pain of various kinds and intensities can be brought on by both acute and chronic inflammation. All across the body, it can be consistent and steady, acute and intense, throbbing, pulsating, stabbing, or pinching. Because of this, treating the inflammation is frequently one of the best methods to obtain relief from pain.

Terpenes are amazing. Let’s face it, cannabis would be completely uninteresting if not for these tasty, fragrant substances. Terpenes not only give cannabis its seductive flavor, but because of the entourage effect, they also combine with cannabinoids to give us a stronger high and a wide range of therapeutic advantages. Check out several cannabinoid and terpene combinations to see if they can relieve your pain if your current treatment plan isn’t working.