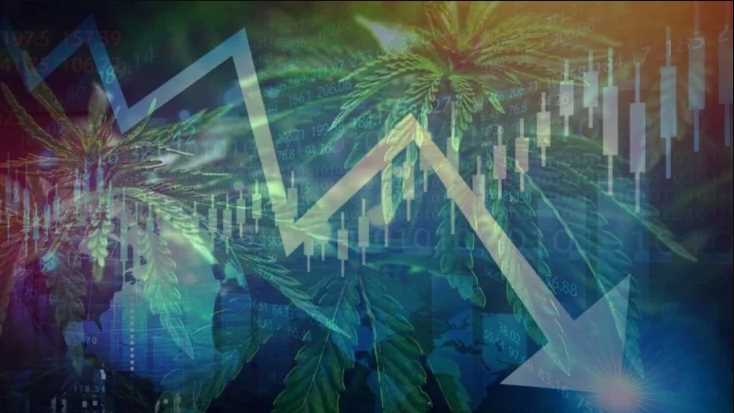 The nation’s cannabis sector appears to be in worse financial shape than when the previous dip occurred two years ago, at the beginning of the COVID-19 pandemic, with the possibility of a recession looming over the U.S. economy.

Marijuana businesses fared reasonably well during the 2020 coronavirus-induced recession, with sales surging as a result of federal stimulus payments and stressed-out consumers resorting to cannabis for stress relief.

The recession had little impact on the sector.

It could be different this time.

Executives in the cannabis industry cite the lack of action in Washington DC for federal marijuana legalization as well as growing inflation, which tends to restrain consumer spending.

There are also other elements in play.

Cannabis businesses in those states, according to industry insiders, are better equipped to withstand a slump than those in more developed markets like Colorado, Oregon, and Washington.

Businesses that deal in cannabis must contend with overproduction, declining wholesale prices, and fierce competition.

As a result, the way a recession is handled will depend on the state’s cannabis industry.

Kevin Bush, chief financial officer of Denver-based Sweet Leaf Madison Capital, said: “Every state is its own tale, with a separate regulatory structure.”

Cannabis stands out as one of the few industries, according to George Mancheril, CEO of Bespoke Financial, a Los Angeles commercial lender that works with cannabis businesses. He said deflation is only happening in the marijuana industry.

Mancheril predicts that while most businesses in mature markets won’t have a very successful year, they should be able to persevere and last until the end of 2023 or 2024.

He said, “That’s a standard expectation.

The lack of progress on federal marijuana reform, according to Jordan Lams, CEO of Long Beach, California-based Moxie, a vertically integrated cannabis company, is making it more difficult for businesses to raise money.

It’s “certainly one of the more tough seasons the business has faced,” he said, when you consider the combination of those factors with declining prices and rising costs due to inflation. “It’s two for one.”

Cannabis customers are feeling the pain of growing costs in the form of gas and food prices, among other inflationary pressures, much like cannabis companies.

According to Skip Motsenbocker, CEO of Pacific Stone, a cannabis grower with headquarters in Carpinteria, California, this could lead to cannabis customers buying more inexpensive goods and taking fewer chances with their choices.

According to him, consumers “do think they will be less likely to test new items and stay with brands they know, like, and trust (and also) offer outstanding value for their dollar.”

Given that the cannabis sector is still in its infancy, it is difficult to say whether it is truly recession-proof, according to Motsenbocker.

However, traditionally these industries have shown reasonably stable demand throughout a recession, using the liquor and tobacco industries as anecdotal guidelines.

In Irvine, California, Jason Vegotsky, the CEO of Petalfast, a sales and marketing firm for the cannabis sector, concurred.

Economic downturns “usually do not impact the industry when it comes to alcoholic beverages,” he said.

Instead, we observe that consumers are seeking alternatives with better values. During a downturn in the economy, I would anticipate cannabis to follow the same trend.

Government representatives and economists, meanwhile, make a variety of forecasts regarding the likelihood of a protracted slump in the United States.

John Williams, the president of the New York Federal Reserve, stated this week that he anticipates the nation avoiding a recession, while other analysts think the likelihood is far higher.

For instance, economists at Nomura Holdings said on Monday that when the Federal Reserve rises interest rates to curb inflation, the U.S. economy will likely enter a mild recession by the end of the year.

Executives in the cannabis industry are wishing for the best.

During the brief COVID-19 recession and the pandemic lockdowns of 2020, the cannabis sector saw a boom.

When restaurants and travel were closed, consumers had fewer options for how to spend their extra money even though they were loaded with cash from government stimulus checks.

The CEO and co-founder of the cannabis wholesaling network LeafLink in New York, Ryan Smith, emphasized the industry’s resilience during the pandemic.

He stated, “We observed this during the early days of the COVID-19 pandemic, when brands and retailers quickly responded to new remote workflows, socially disengaged retail models, and shifting governmental laws.

The cannabis sector is in a strong position to thrive despite whatever obstacles it may encounter, including economic ones.

But according to Gary Cohen, CEO of Denver-based Cova Software, a provider of cannabis POS and monitoring software, this time is different.

He emphasized how growing inflation is causing customers to have less money in their pockets at a time when they have more options for where to spend it.

“People are out doing a lot of different activities now,” said Moxie’s Lams. People will have to make difficult decisions regarding how to distribute their limited resources.

However, cannabis is getting less expensive, much to the chagrin of the companies looking to sell it for a profit, according to Lams.

“You can minimize expenses and people in order to save money, but production will suffer. There are many things that erode morale, and this is one of them, he added.

Guidelines for businesses to survive

Knowing that costs decline as markets get more established is essential for success in the cannabis industry, according to Cohen.

He claimed that if you aren’t an effective operator, you would perish.

“You need to consider the truth of where this market is headed if you want to weather this out.”

According to Nirup Krishnamurthy, chief operating officer of Schwazze, a marijuana business with offices in Denver, cannabis businesses must keep their expenditures in check.

He continued, “It’s crucial that you have a specific percentage of your organization vertically integrated. This can assist absorb significant pricing swings in the market.

According to John Yang, CEO and creator of cannabis technology company Treez in San Francisco, marijuana businesses should examine their profitability and margins using hard data and market trends.

He remarked, “People need to concentrate on operations and on what they’re doing.”

According to Troy Datcher, CEO of The Parent Company, a vertically integrated cannabis business with headquarters in California, operators need to cut expenses by 20% more than they anticipate.

To manage your firm as efficiently as possible, he advised, “Be proactive in reducing your costs, reach out to vendors and negotiate lower rates, delay all unnecessary initiatives.”